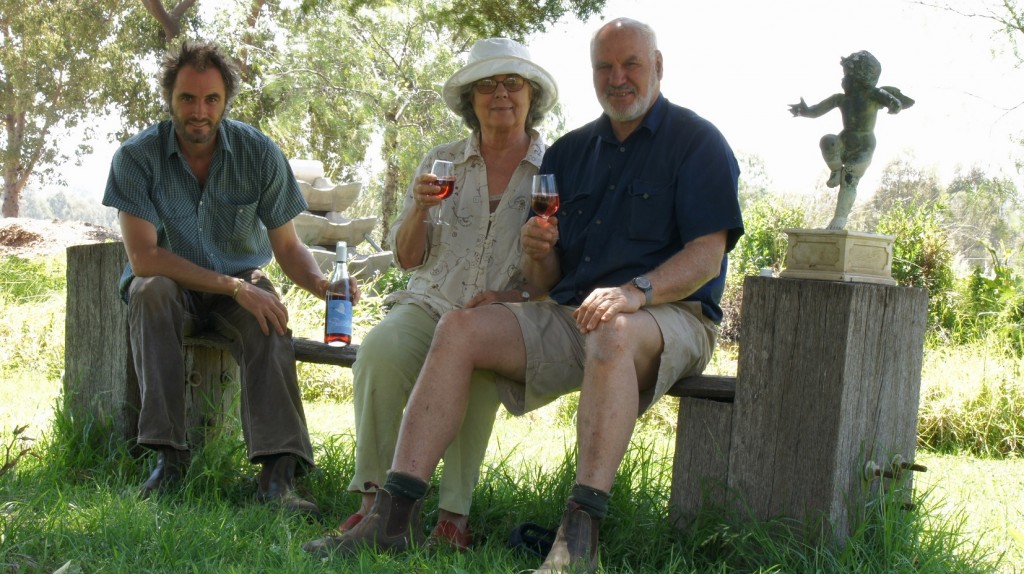 Richard and Florence Statham sold out of the wool industry in 1995 in northern NSW and over 2 years developed and started  Rosnay Organic Farms. ‘Rosnay’ is Florence’s family name and the farms were named after her.

When Sam, their son returned some 2 years later from New Zealand, after completing his Uni degree in Sydney and France, he had caught ‘the organic bug’ and wanted to start an enterprise with the family, just out of Canowindra, and this is how the Rosnay we know today started.

The family had spent many months travelling to look for suitable locations, however always came back to Canowindra, which was the best ‘tried and partly proven frontier for wine grape growing’, Richard said. ‘It was also considerably cheaper than the Hunter Valley or the Yarra Valley’.

In 2000, Rosnay produced their first Chardonnay and Shiraz and have gone on to produce Cabernet Sauvignon, Shiraz, Merlot, Semillon and Mataro (Mauverde). In addition, they have planted 2500 olive trees, which produce olive oil and olives and as well as a range of fig products from the fig trees.

At the recent Cowra Wine Show, which judges wines from all around Australia Rosnay has won Gold Medals in 2013 and 2012, and a trophy for their 2008 Cabernet Sauvignon.

After spending 6 weeks in France last year, as a result of winning the NSW Organic Pioneers Award (DPI), Sam will start to introduce his learnings and Rosnay will start to see some benefits from the trip.

Flickerfest will also come to Rosnay on 22nd March – with ‘Spectacular Short Films With Soul’, for its fifth screening year. RSVP is required by 19th March for dinner and films.

and Shiraz and have gone on to produce