Canowindra vs. Eugowra, Saturday 3rd May – Tigers were able to conquer Eugowra to give them their first win of the season. A fantastic effort by one of the team’s youngest players Jack Grant and Jayden Brown as they both pushed together into Eugowra’s territory. Jack was able to start Canowindra off by scoring the first two tries. Canowindra defeated Eugowra 27 – 18. A great mixture of players is evident within the team as the older players help guide the younger ones to reach their full potential. Congratulations to the Players Player Ebann Malae for his outstanding effort on the wing. It is Ebann’s first season of playing Youth League and he has great skills in leading the other players on the field. Great work to the Tigers tries scorers: Jack Grant 2, Jayden Brown 1, Tim Wythes 1 and Sam Willson 1. Fantastic results! 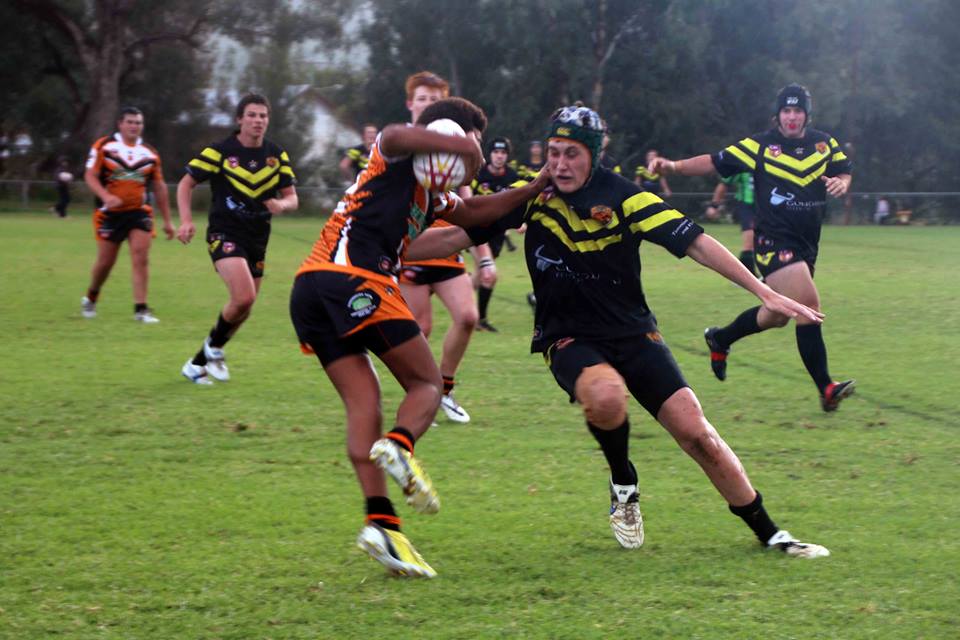