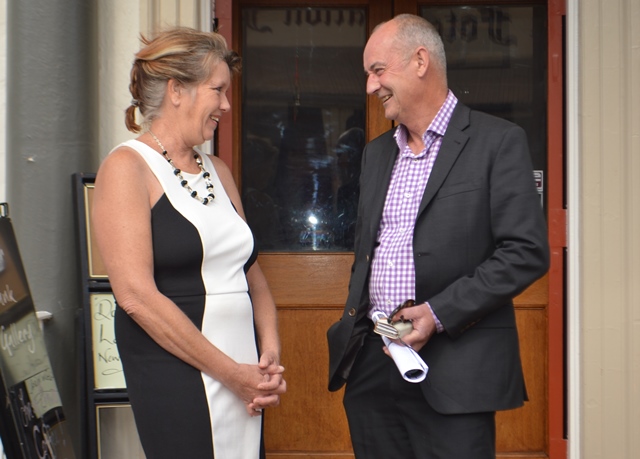 In the wake of the upcoming local elections in March we caught up with Country Labour Candidate, Bernard Fitzsimon, to hear his thoughts on what it would mean if he was elected as the local Member for Orange. Mr. Fitzsimon moved to Orange in 1964 and apart from short breaks to Sydney to find work has lived in this region for 50 years. He is an ex-public servant and currently works part time at a joinery shop. Mr Fitzsimon got into politics after his friends began encouraging his to get involved in the Country Labour party, who are the rural component of the Labour part that focus on regional areas and issues. Canowindra, along with Forbes, Yeoval, Cumnock, Molong, Trundle and Tullamore, now come under the electorate of Orange following new boundaries established at the last election. This means if Mr Fitzsimon were elected he would be Canowindra’s local Member of NSW State Parliament.
When asked what three goals he would have if elected, Mr Fitzsimon said, “Education, health care and job creation. I’d focus on decent funding for our education system. Currently teachers are being forced to be admin staff, TAFE has become unaffordable for those on welfare and the unemployed and degrees are so expensive some families have to re-mortgage their houses. Education should be available to everyone. I would also attempt to improve all aspects of health care; this region has the second longest waiting lists in NSW. My other goal would be job creation- mainly local jobs first. All these policies have been costed and we know we can afford them,”
Over the next eight weeks Mr Fitzsimon plans to go door knocking and talk to local constituents about the issues affecting them on a daily basis. “The main thing in a rural electorate is that the personal touch is much more important. You need to get down on the ground and meet the people in the towns” he said. Mr Fitzsimon was an attendee at Canowindra’s Australia Day events last week, “the Orange events are quite large and less informal so we decided to attend the Canowindra Australia Day event and we loved it.”
Mr. Fitzsimon will be in Canowindra on the last week in February, details of location will be released closer to the time. If you would like to pose a question to Mr Fitzsimon please email us at editor@canowindraphoenix.com.au and we will pass on the message!
By Rhi Quinn