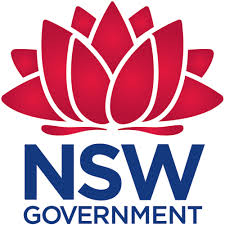 Two young artists from the Orange electorate have been announced as recipients in the inaugural NSW Government regional scholarship program.
Member for Orange Andrew Gee today congratulated Roslyn Wythes of Orange and Sophie Payten of Canowindra on receiving a $10,000 NSW Young Regional Artists Scholarship to further develop their skills.
Roslyn will put her scholarship towards professional development in Australia and Europe plus a mentorship with Dirtyfeet, while Sophie will use the scholarship towards recording and releasing the debut full length album by Gordi.
“I am very proud our local talent has been recognised in the first round of the NSW Government’s new initiative to help foster the next generation of regional artists,” Mr Gee said.
“The NSW Young Regional Scholarship program is a key part of the Government’s new policy framework to guide investment and partnerships to grow a thriving, globally connected arts and cultural sector.
“The program will provide 25 $10,000 scholarships each year and I encourage our eligible artists to apply for the second round to be announced later in the year.”
Deputy Premier and Minister for the Arts Troy Grant said the first round of applications under the program attracted a competitive field covering dance, music, visual arts, theatre, literature and screen production.
“Sixteen young artists from across the State have been awarded $10,000 under the Government’s major new scheme to develop talent and I look forward to seeing their talent shine through this support,” Mr Grant said.