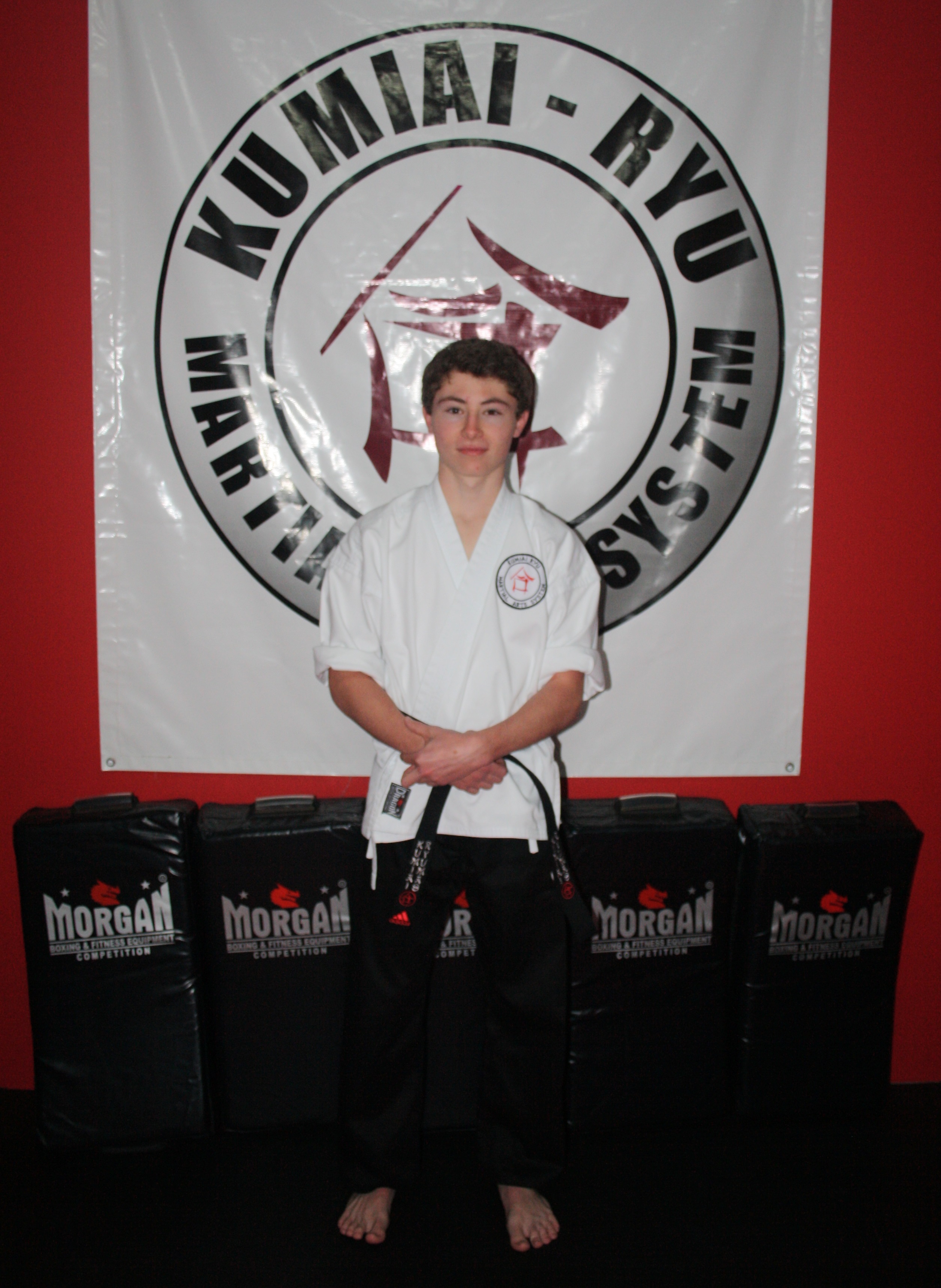 Not everybody can lay claim to being a black belt in martial arts, however Canowindra local Alex Flannery achieved just that recently.
Alex started Karate several years ago. He started under the tuition of instructor Kevin Guihot, who used to run night classes from
a shed in Canowindra, but unfortunately his classes closed.

He returned to Karate in 2012 in Cowra, and has been an active member of the Kumiai-Ryu martial arts club for over four years. During this time he has travelled to Cowra at least twice a week for classes and other NSW venues several times a year for training and grading events. He was awarded his Black Belt following an extensive two and a half day assessment of skill, strength and stamina at Port Macquarie in late August.

A very proud Alex Flannery is pictured above after he successfully graded to 1st Degree Black Belt in Karate. Well done Alex, and keep up the great work!