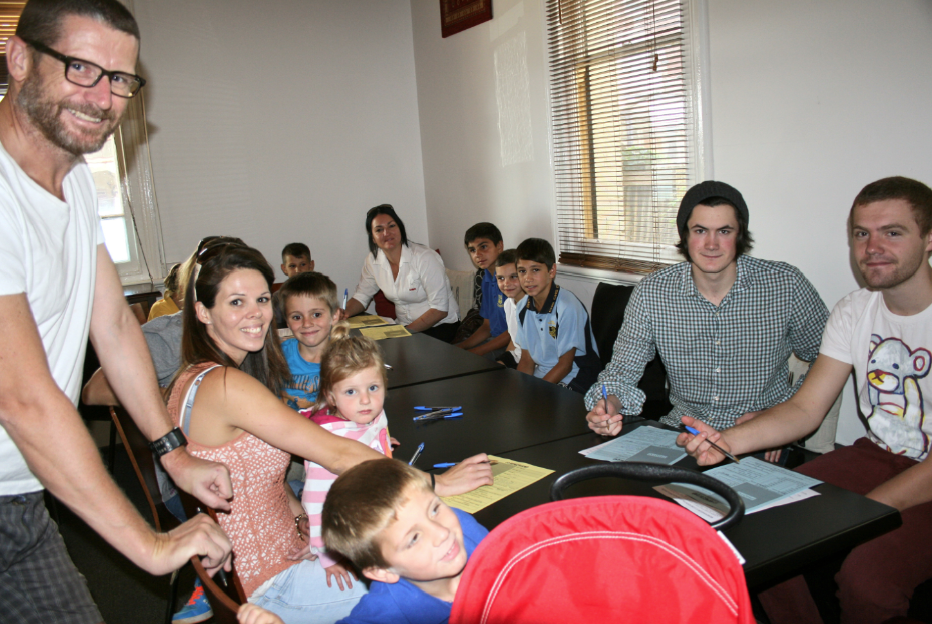 There were more than a few starry-eyed kids in Canowindra today when local talent was scouted for roles as extras in the upcoming movie “Strangerland.”

About a dozen excited hopefuls, from infants with their mothers to a couple of teenagers and at least one adult turned up at the Royal Hotel for registration and auditions conducted by the production crew’s casting director, Morgan Smallbone.

Morgan gave them forms and releases to fill in, then checked their height and their general attitude and potential for roles which, while being relegated to the backdrops of movie scenes, have to follow split-second commands, complex moving sequences at times and, most importantly, look completely natural.

But who wouldn’t aspire to the best, most natural performance of their lives when there’s a chance to be seen, however flittingly, in the background to the movie’s starring cast, Nicole Kidman, Hugo Weaving and Guy Pearce?