Home » Year 7 Have A Blast At Wyangala Dam 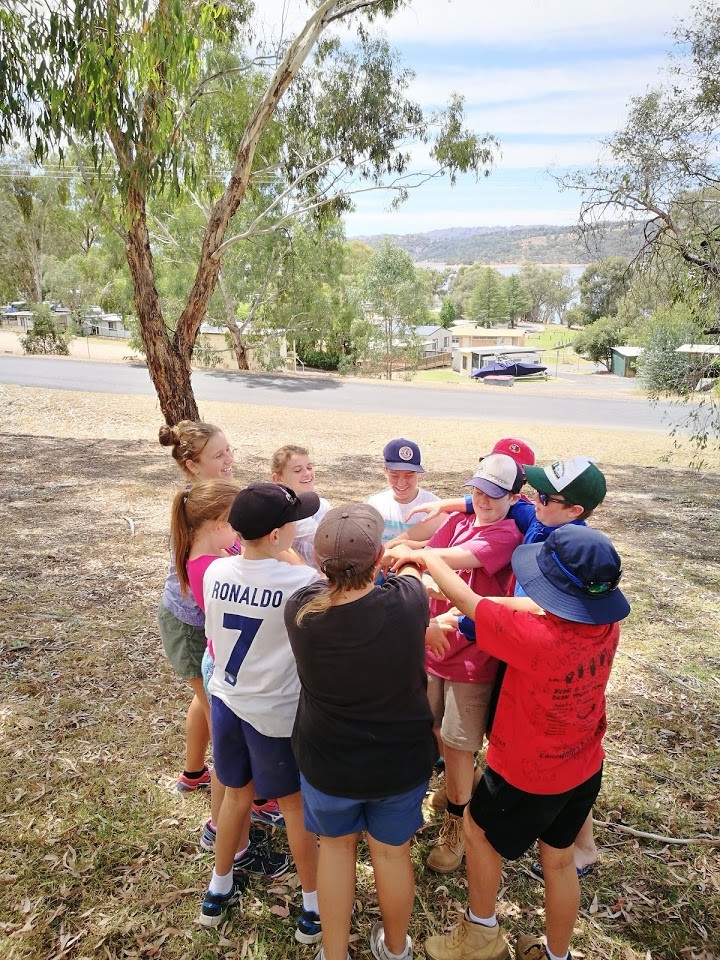 The weather was warm enough to go swimming in the cool waters of the dam with the students competing against each other in pairs in a battle of shoulder wars to knock the opposing teams’ fighter off their companion’s shoulders into the water. One student even found a drone that had fallen in the water!

Now on most camps there are bound to be some pranks and funny moments and many of those happened at the dam. Year seven unanimously agreed that ‘Skit night’ was one of the highlights of their camp, as students took it in turns to perform and make each other laugh with the highlight of the evening being the fashion parade with students dressing up as silly as possible.

When it came to playing jokes on one another it added to the fun with the classic “There’s a spider on your back!” making an appearance. The fun continued with the teachers encouraging team building exercises amongst the students with the human tangle on which students had to link hands and untangle themselves without losing their grip followed by making truffles for a snack. But their favourite activity was the wrangler as students worked in two groups to build the tallest straw tower they could.

Students also participated in fishing which Hugh Breen was incredibly successful at by catching a 50cm Cod, as well as watching the local Kangaroos pass through the area. Every student that went on the camp enjoyed it and wished it went longer than it did.