Home » Yarn Round The Barbie For Men’s Health 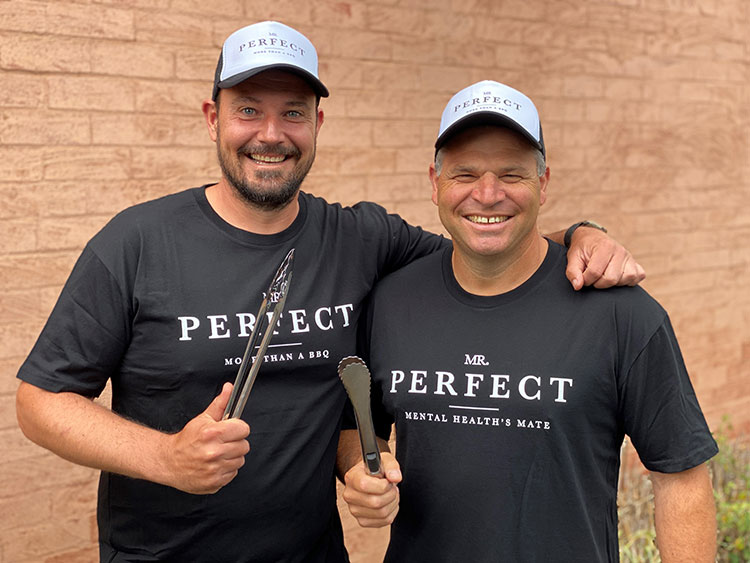 Member for Orange Phil Donato MP continues his advocacy for men’s health and to reduce the incidence of suicide, and has now teamed up with men’s health charity Mr Perfect as the official host of monthly men’s barbeques in Orange for 2021.

“Blokes are notorious for bottling things up and neglecting their own physical and mental health.”

“Statistically, males represent three out of every four suicide deaths. Tragically, suicide occurs in every community, but more so out here in the country.”

“I’ve teamed up with the charity Mr Perfect, which is a grassroots pre-crisis initiative aimed at gathering guys around the BBQ once a month to become community-connected, talking with one another and opening up.

“I’ve committed to hosting the monthly Mr Perfect barbeques in Orange for 2021, which will be co-hosted by my friend and former colleague, Carl Smith. The first barbeque will be held at Cook Park in Orange on Sunday 7th February 2021, commencing 12 midday. It’s completely free of charge and all blokes are welcome along,” said Mr Donato.

Carl Smith praised the initiative saying, “There has to be a shift in how we approach mental health, particularly among men. We have to reach out and engage those who are struggling, before it’s too late.

“I’ve jumped on-board this initiative with Phil, hoping to get local blokes together and doing what blokes love doing, and that’s having a yarn around the barbie.

“You don’t have to be suffering to come along because being involved with others is also a preventative mental health measure,” said Mr Smith.