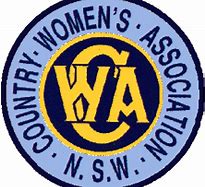 The Canowindra CWA is delighted that World President of the Associated Country Women of the World (ACWW), Ruth Shanks, will address their July meeting.

Everyone is invited to attend what will be a fascinating address.

Mrs Shanks is a member of the CWA Dubbo Evening Branch and became World President in 2013.

Ruth Shanks has valuable insight into country and regional life through ‘living the experience’ and is willing to put herself ‘out there’ for the betterment of life in Australia.

Mrs Shanks received a Member of the Order of Australia (AM) in the 2006 Australia Day honours for her service to people in rural areas particularly through the Country Women’s Association of New South Wales, and to the community of Dubbo.

In 2007, Mrs Shanks became the ACWW South Pacific Area President, a role she has held until the recent ACWW conference (September 2013). During her time in this role she has visited ACWW projects in Papa New Guinea, East Timor, Tuvalu and Tonga. She was also CWA State President for three years.

The Associated Country Women of the World was formed in 1933 to bring all rural women’s organisations together with an aim of furthering international cooperation. Today ACWW works in partnership with it’s members and member societies, offering mutual support, friendship and practical help to women and communities around the world. ACWW has over 460 member societies active in over 70 countries.

If you would like to come along to hear Mrs Shanks speak, please do so on Thursday 26 July, 2018 at 6:30pm for 7pm in the CWA Hall. The evening will cost $10 and includes a light dinner.