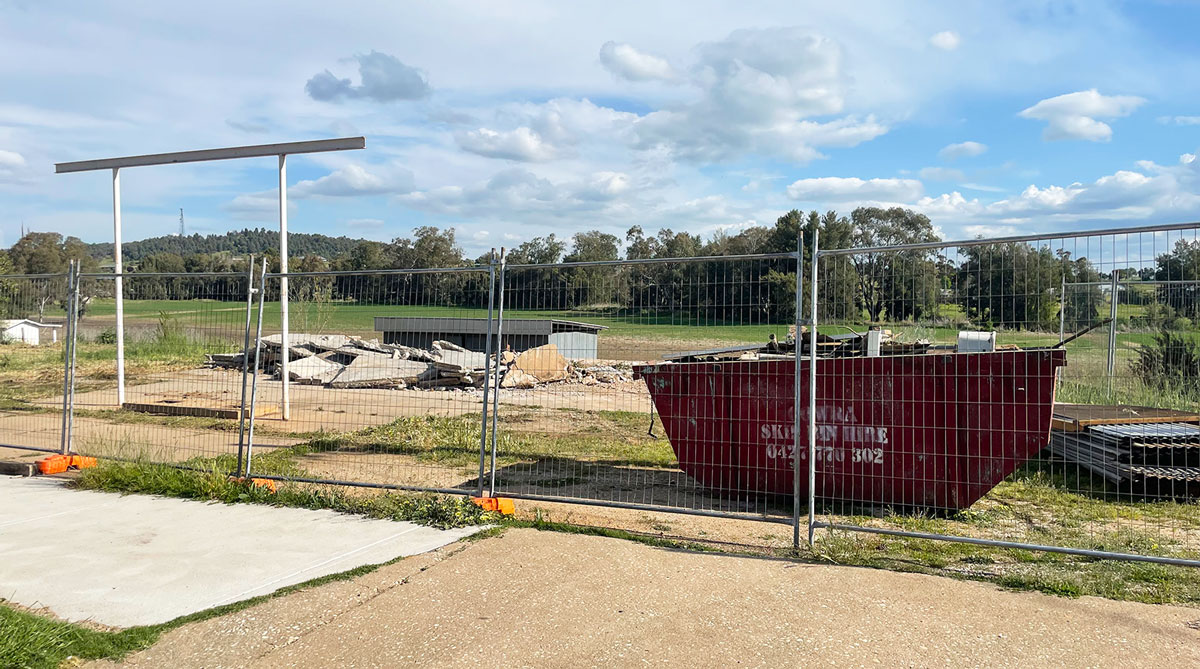 Demolition of the Gaskill Street petrol station began last Thursday and the first visible part of a $1.5 million development of the site. Construction of the petrol station could be finished by the end of the year.

Cabonne Council’s Development Services team said the original Development Application (DA), DA/2019/0169, was lodged in June 2019. It was approved by Council in May 2020.

A Modification, DA/2019/0169/1, was lodged in March 2021. The Modification was notified and advertised for a period of 21 days, during which time public comments were sought.

Council carried out assessments before the DA was passed at its meeting on May 26, 2021. Over 20 submissions were received from residents. Most submissions regarded grant consent, which wasn’t relevant to the Modification Application.

Approved changes include a doubling in the footprint of the original plan from 23m2 to 59m2.

The underground on site detention (UPSS) tank will now be located at the north eastern corner of the site impacting the existing layout of the proposed under canopy blind sump and underground petroleum storage systems to suit stormwater requirements.

Lights at the site will be on during service hours of 5am to 10pm. Colorbond fencing is illustrated in the landscaping plans and is right on the edges of the block. Council believes this is adequate to block noise.

All neighbours received written notice of the development.