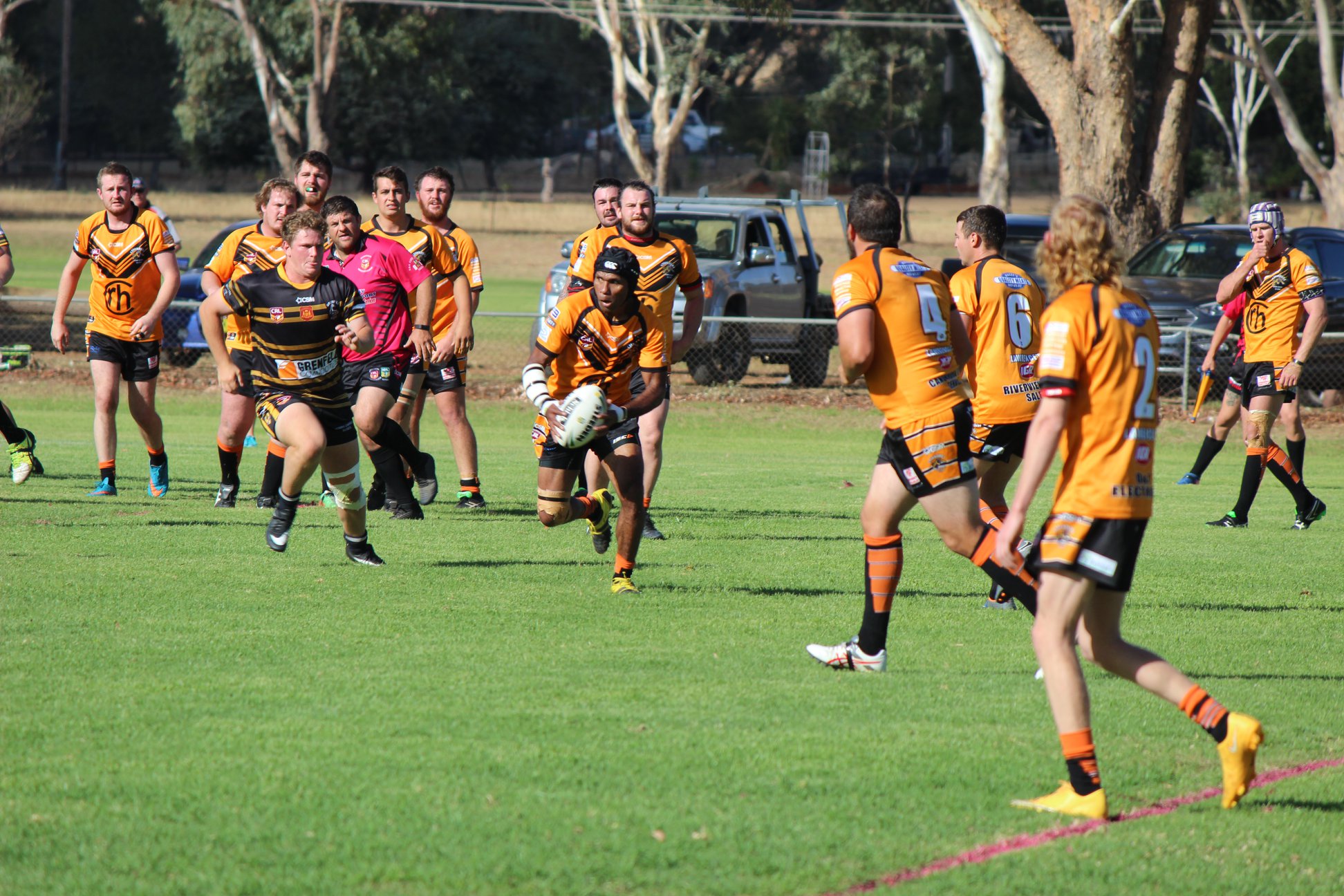 It was a tough day at Grenfell for the Canowindra Tigers. With some players unavailable due to injury some changes were made to the squad and in the game. Further injuries to forwards Nathan Whatman and Dave Hogan depleted Canowindra’s chances to come home with a win.

In a very tough and bruising game the Tigers were only six points behind but had a player sent to the bin and an increasing injury list and then let Grenfell run away with a big lead in the second half. The final score was 40-18 to Grenfell.

The Raffle winner last week was David Rice. Players Player and 3 points went to Mick Clyburn, 2 points to Marika Koroivui and 1 point to Brenton Clements. This week the Tigers will play on Saturday against Manildra another tough encounter with kick-off at 3.15pm for first grade. This weekend the 1965 and 1968 grand final team reunion is on and this will be a good chance to catch up with the players of the past.