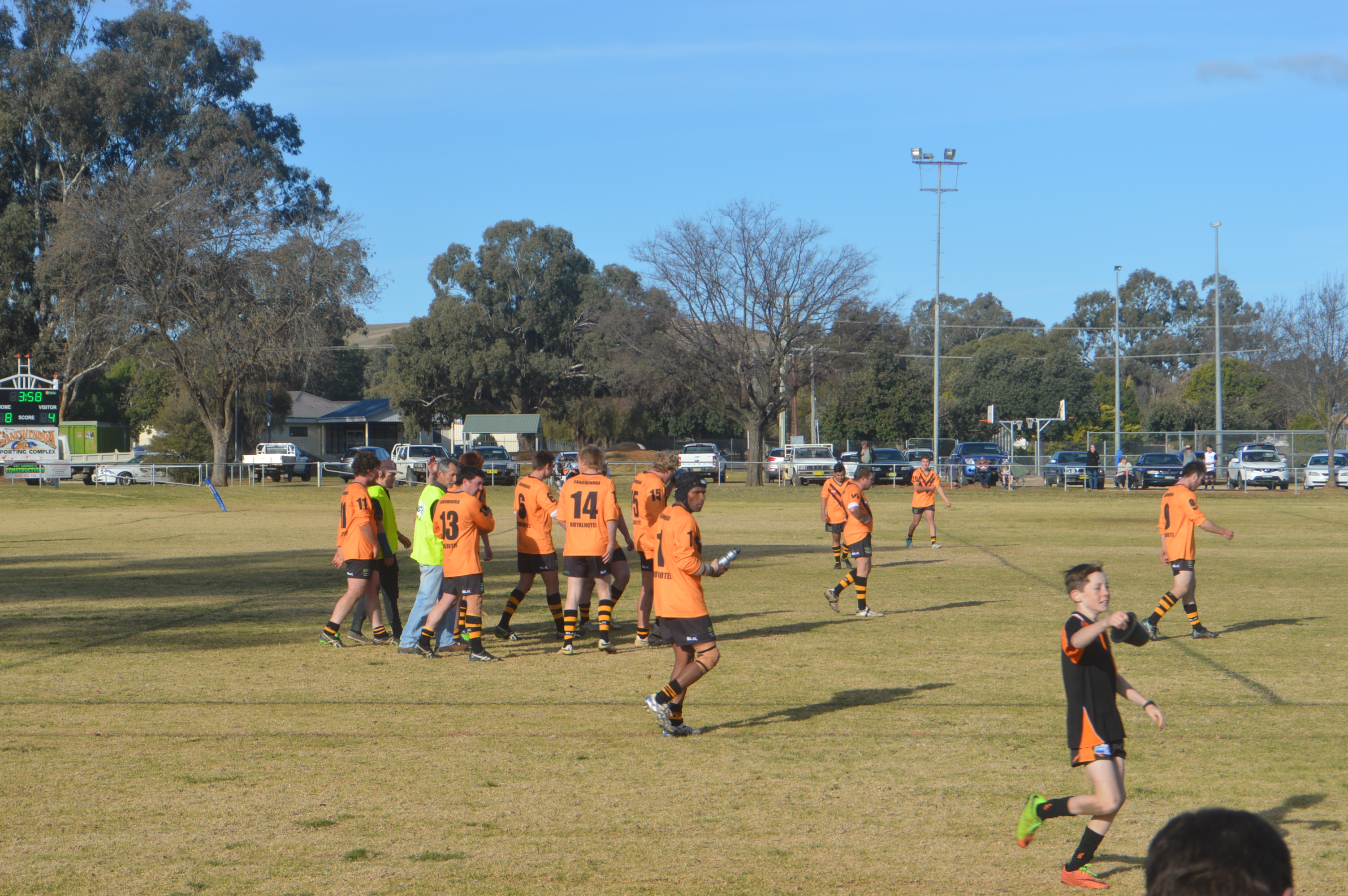 Last Saturday saw a large crowd turn out for Sponsors Day at Tom Clyburn Oval to watch the annual grudge matches between
Canowindra and Eugowra. Canowindra Youth League started the day off well winning 18-16 in the closing minutes of the game. The semi-final will be at Eugowra this Saturday. The League Tag girls lost to a very strong side 40-4.

The First Grade boys went out and put in a very good first half but were behind at half time 10-8. In the second-half Canowindra were short on the bench after two injuries. There is always a bit of tension in these games against Eugowra and a fight broke out resulting in players from both sides being sent from the field.

After that the Tigers settled down, played some good football and ran away with the game 42-22. Good sportsmanship was shown by letting Joshua Blake score in the dying minutes of the game.