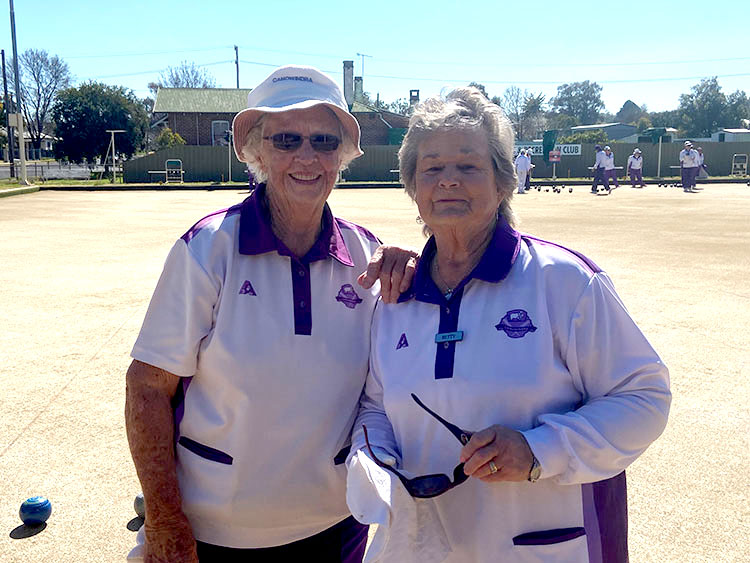 Daph Bryant and Betty Jenkins playing against each other in the Club Pairs Final on Tuesday.

The Final of The Club Fours Championship was played on Tuesday 1st September. Betty Jenkins and Dianne Mooney defeated Daph Bryant and Christine Pickard 22-17. Congratulations Betty and Dianne the Pairs Champions for 2020.

There were three social games played. Shirley Robson, Julie Wythes and Penny Nash had a 14 all draw against Marion Wilson, Jenny Daly and Gwen Haydon.

The Lucky Draw was won by Penny Nash with Number 7.

The following 1st round matches in the Club Triples have been drawn to be played on Tuesday 8th September. 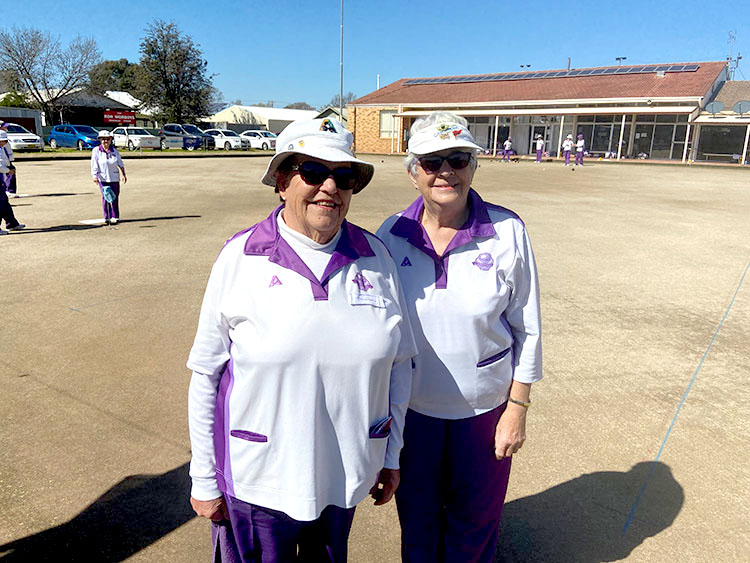 Christine Pickard and Di Mooney enjoying the competi- tion against each other for the Final of the Club Pairs on Tuesday.