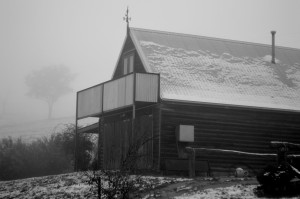 Magic fell upon the Central West late last week with towns, farms and homes in the region turning into a winter wonderland in a way that today’s generations had never seen. While the Central West might receive one or two snowfalls each winter, it was an amazing surprise when the snow kept coming.

Many locals across the region were ecstatic with the snowfall with some saying they haven’t seen a proper snow fall in this area for at least 30 years. It was a great chance for kids in the area to get outside and actually enjoy winter, with
families building snowmen together and dusting off their skis to have some fun in the snow.

Even though not a lot of snow settled in the town, many took the 5km drive along Mandurama Road to get a glimpse of the winter wonderland our region became overnight. “You could hear children playing in the houses everywhere, it was just magical” said Canowindra local David Isbester. “It was so beautiful and the snow hung around for a long time.”

“Some snow settled on the windscreen of our ute,” said Heather Slattery, “but other than that we didn’t get much at home so we went and had a look out at Mandurama Road and I just couldn’t believe it! It was white everywhere!”

The chilly weather conditions forced roads to close at Cargo, Orange, Forbes and Mount Canobolas with ongoing closures due to fallen
tree branches and icy conditions.