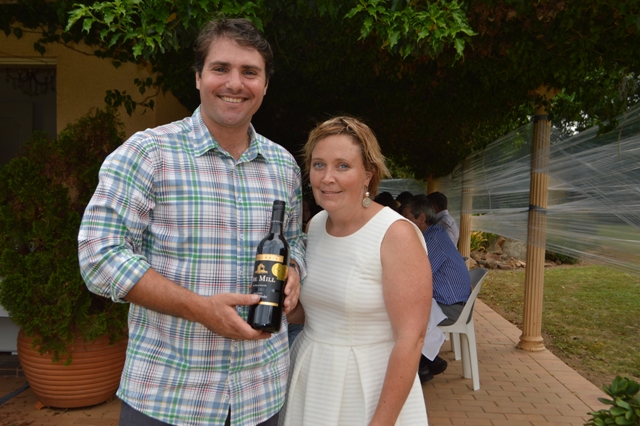 The annual Windowrie Long Lunch was held on Saturday 31 October at Windowrie Homestead. Approximately 150 people attended from all around the Central West and further afield. Due to the weather, all people were housed around the house along the vine covered verandas.

The dessert was a lime, caramelised coconut tapioca mess served with Pig in the House 2015 Sauvignon Blanc. A rare aged goat and cow milk cheese, produced in Piedmont in Italy complemented the meal.

David and Wizz O’Dea are the founders of Windowrie Estate. Two of their children currently work at the vineyard with Jason O’Dea developing new ideas for further improvements to wine quality, and Patrina (Nook) looking after the company’s communications and marketing division.

Remember to save the date for next year’s event if you are looking for a gourmet lunch among the vines.