Home » What’s Next for the Canowindra Community Bank ® 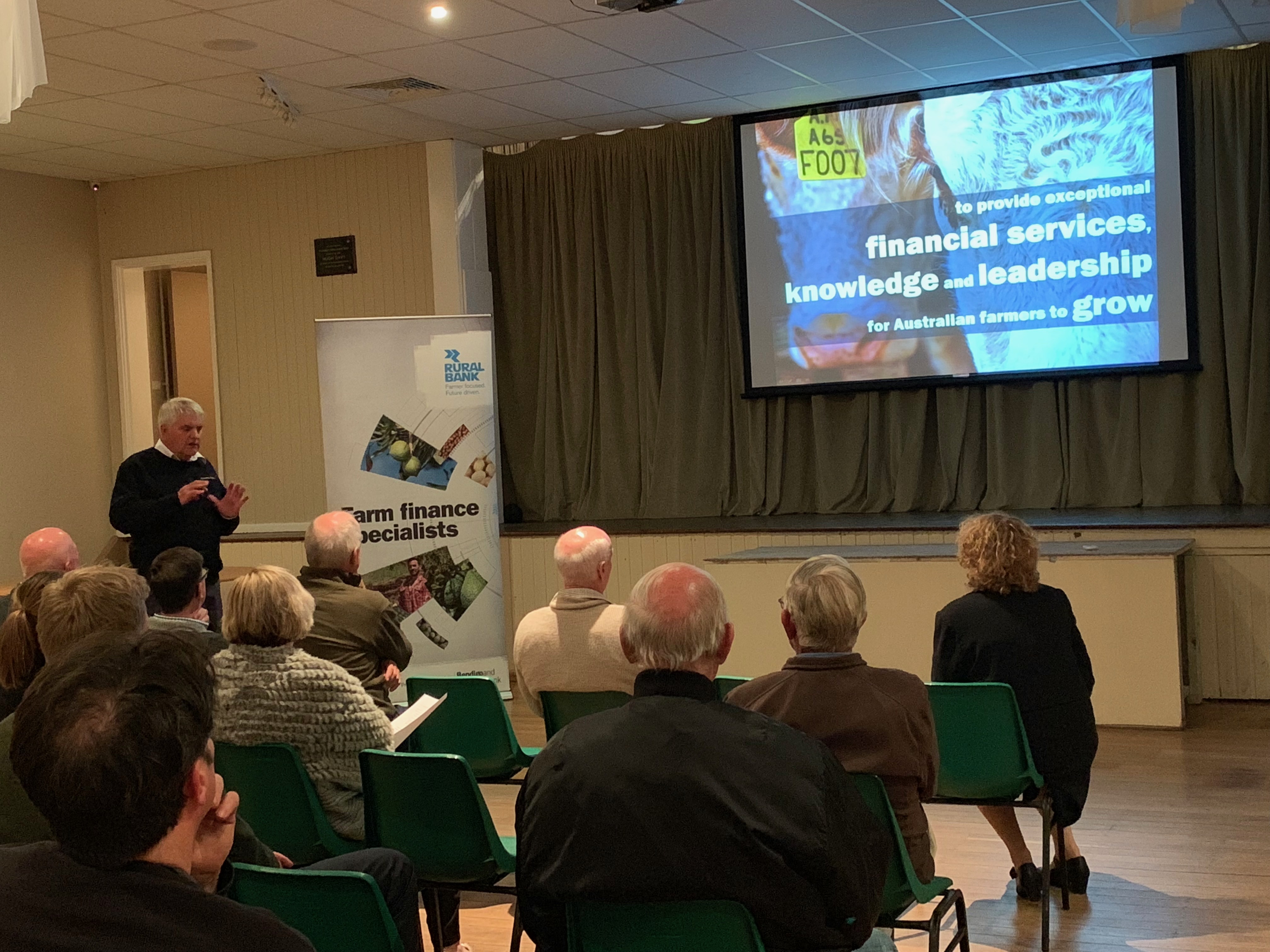 Cheryl Newsom opened the public forum meeting last week and confirmed that the Pledges of Support are very close to the $800,000 mark required to move forward. Also since opening the Agency in July 2018 the support has grown and there is now around $10 million invested.

John Ellwood, Rural Bank Regional Agribusiness Manager NSW/ACT spoke about how Rural Bank holds around 9.4% market share nationally with more than $5.8 billion in Agri lending. He sees Canowindra and districts as an area that his team is well in a position to support.

The “Be The Change” video clip showed some of the work that has been achieved for the Community by the Braidwood Community Bank® which could only be made possible by the community trusting them with their banking needs with 80% of the community banking locally.

Noel Wiseby, who was part of the original Steering Committee that opened both Braidwood and Bungendore Community Banks® spoke about the success of their branches. They now employ 15 local people and by the Community supporting the Bank they have been able to contribute $3 million back to Charitable groups and worked on projects to benefit the towns of Braidwood, Bungendore and surrounding Communities since inception.

Wayne Simpson, State Community Manager closed the forum by outlining the next steps will be conducting a Feasibility study to understand the Communities requirements. It is only if the Community are supportive of their own Community Bank then the Committee will proceed to the next stage which is to design a Branch that meets those requirements.

The community is always able to speak to Kaila at the Agency for any general banking requirements, Kaila can also contact Belinda Larkin and the team at Bendigo Bank Orange to arrange an appointment for Lending, Rural Banking enquiries and Business requirements.