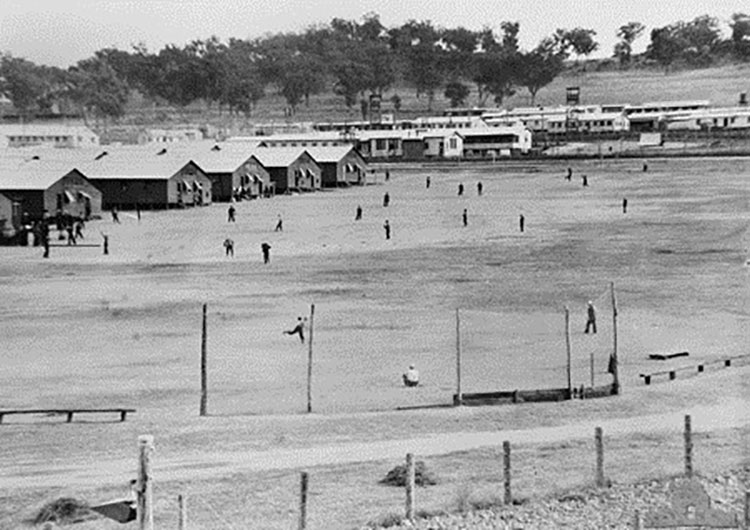 Japanese prisoners of war practising baseball at the Cowra prisoner of war camp in 1944.

Cowra is like many other sleepy, country towns in Australia. Its people are friendly and laid back, its landscapes breathtaking, but amongst its cottages and farmland, the town holds the site of the largest mass prisoner of war (POW) escape in British military history.

Deputy Prime Minister, Michael McCormack said a $9,800 Saluting Their Service grant to Cowra Shire Council would help meet the cost of creating a short film drawing on virtual reality technology to illustrate the story of the Cowra Prisoner of War Camp during World War II.

The Cowra Prisoner of War Camp was built in 1941-1942 and housed mainly Japanese and Italian prisoners of war.

On 5 August 1944, more than 1,100 Japanese POWs mounted a break-out, which claimed the lives of 231 Japanese prisoners and four Australian soldiers. It was the largest prison escape of World War II.

“Cowra has done a magnificent job in preserving the history of this extremely significant World War II site and telling its story,” Mr McCormack said. “I am pleased this Saluting Their Service grant will help Cowra Shire Council tell the story of the POW Camp in new and interesting ways.”

The Mayor of Cowra, Councillor Bill West, welcomed news of the grant.

“The history around the Prisoner of War Camp is important not only for the significant event of the break-out, but also for the stories around the 5,000 Italians who were interred during the war and also the little-known stories of the more than 1,000 Indonesians who were at the POW camp, 13 of whom are buried in the general section of the Cowra Cemetery,” Councillor West said.

“Applications are open for the next round of grants, which are administered by the Department of Veterans’ Affairs,” Mr McCormack said.

For more information or to submit an application, visit the STS page on the DVA website.