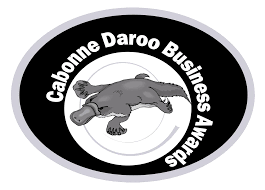 More than 200 Cabonne businesses, including a number from Canowindra are in the running for the 2019 Cabonne Daroo Business Awards after being nominated by their customers and clients.

“A record 33 groups were also nominated in the category of Contribution to Cabonne by a Community Organisation.”

Mrs Oldham said the community’s participation in the nominations process was unprecedented and was a tremendous endorsement of Cabonne business operators and their employees. “To be recognised by your customers and clients is one of the best compliments any business can receive,” she said.

An online voting process has now started to determine finalists in each of the 17 categories, and people can cast their votes by going to www.daroobusinessawards.com.au. Winners will be announced at a gala dinner at Manildra on Friday 1 November.

Mrs Oldham said that with such a large number of nominations this year, it will be an outstanding achievement to be named as a finalist.

“Tickets for the presentation dinner will go on sale in the next few weeks and are likely to be in high demand,” she said. “I would advise people to buy their tickets early as the event has been a sell-out in recent years.” The ticket price of $66 remains the same as in previous years.