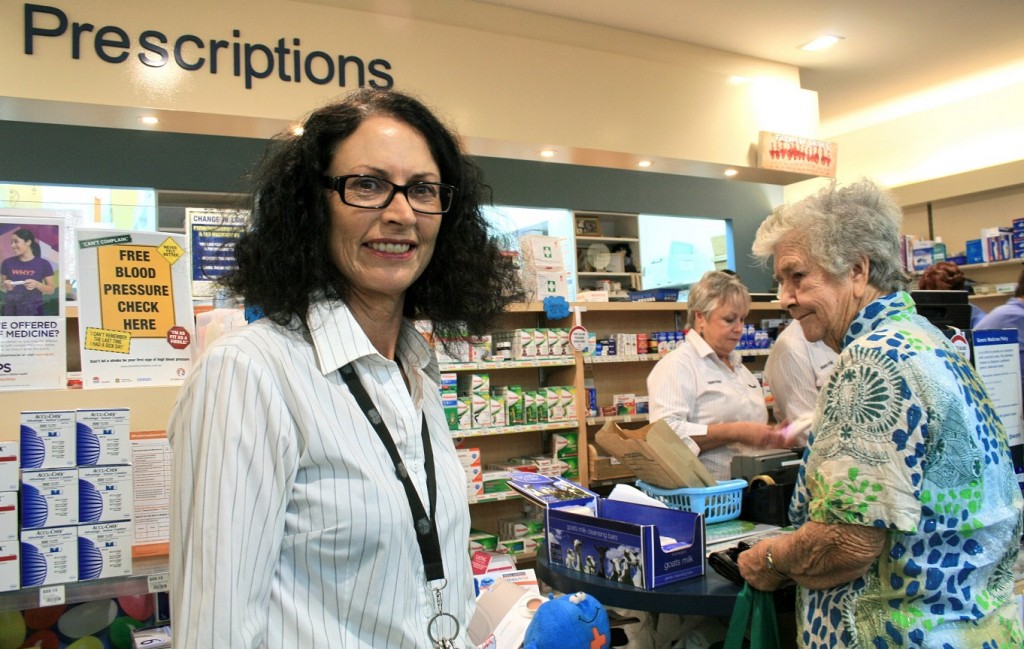 Vicky Grant, the very popular owner and chief pharmacist of our one and only chemist shop, says she has a lot to thank her customers for these days.

They rallied in their hundreds to support a “Pharmacy Under Threat” petition that’s become the biggest ever presented to the federal parliament —  1.2 million signatures appealing to the government to back off its cost-cutting attacks on the Pharmaceutical Benefits Scheme (PBS).

It was launched last September when the government mandatorily imposed another round of funding cuts on the industry – reducing the number of medicines and drugs it subsidises — with no prior consultation.

“They accelerated the funding cuts by two to three months, and gave us absolutely no notice,” Vicki says.

“What our petition is saying is that they can’t keep doing that.”

As the Pharmacy Guild points out the PBS subsidies help pay pharmacies “for their professional dispensing services, and the recent government changes have drastically reduced the amount of money they receive to provide these services.”

Says Vicki: “When cuts like that are made too fast, it affects our stock levels. We have smaller inventories. There are fewer reps on the road. Customers have to wait for delivery of their medicines.

“The long term effect is that we have to take a good look at the number of staff we have.

“Yet we’re the only health professionals who you don’t need an appointment to see, and there’s no cost for the consultation and services we provide.”

What’s made the issue worse is that the government move ignored a cooperative effort by the Pharmacy Guild in which it engineered a massive cost-saving of around $4 billion in federal PBS funding since 2010 – more than double the $1.9 billion the government actually demanded.