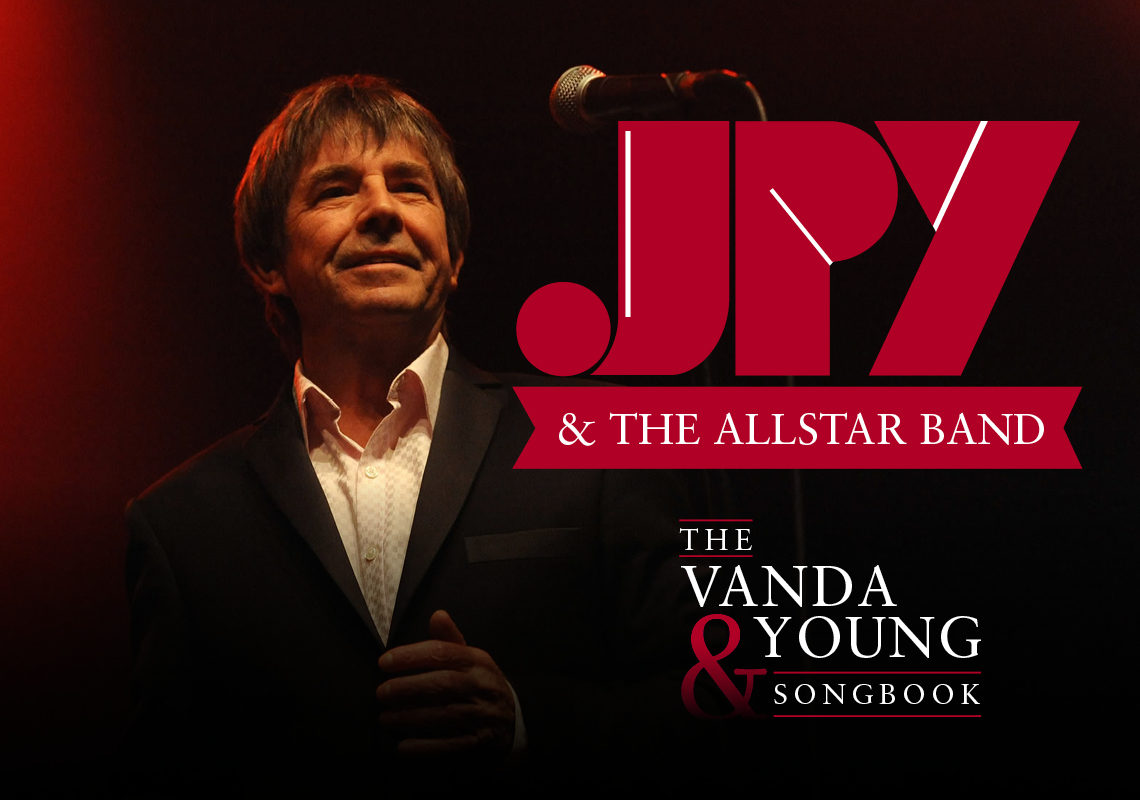 Friday on My Mind – Falling in Love Again – Down Among the Dead Men – Love Is In The Air – Pasadena – Yesterday’s Hero – It’s a Long Way To The Top..…all written by two of the most extraordinary songwriters of our time Harry Vanda and George Young and John Paul Young was at the heart of their hit making era.

John Paul Young and The Allstar Band The Vanda & Young Songbook is a concert celebrating this incredible song-writing duos creations; The songs that gave Australia it’s unique soundtrack during the 60’s 70’s and the 80’s and still to this day. With hits written for The Easybeats , AC/DC, Grace Jones, Ted Mulry, Vanda & Young’s own studio unit “Flash and the Pan” to the wealth of hits written for John Paul Young, this show will have you up and dancin’ like it’s 1979.

John Paul Young & The Allstar Band will travel you through the decades of mega hits and John’s own behind the scenes stories about the songs and their making, at a time when music was king.

John Paul Young is one of the most iconic artists in Australian music’s history, with over 4 million world-wide album sales and numerous awards which garnered him an induction into the ARIA Hall of Fame in 2009. In 2012 John received an Order of Australia (OAM) for his services to charity and the music industry.

The Allstar Band features two of the original members in Warren “The Pig” Morgan who cut his teeth in the original Aztecs and Ronnie “Rockwell T James” Peel, of The Missing Links and La De Das fame. Both have been with John since the beginning and have been joined over the years by Greg Plimmer, Juan Gonzalez and Michael “China” Walker and this outfit has been together since the early 80’s.

This performance is on at Bathurst Panthers on Friday 29th March and Dubbo Regional Theatre on Saturday 30th March.

To book tickets head to www.abstractentertainment.net