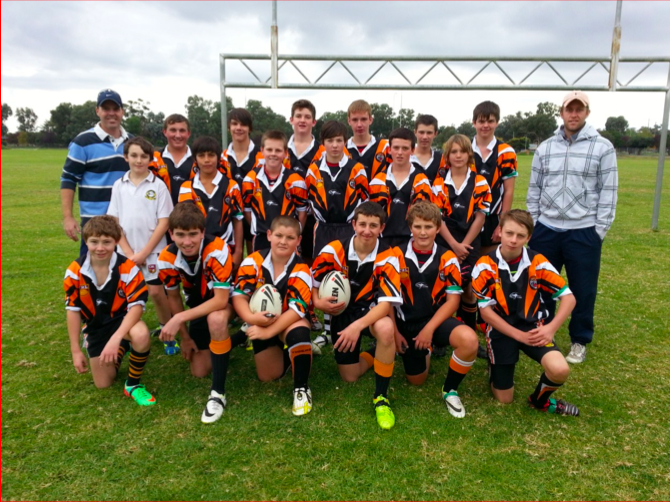 We got off to the perfect start with Angus Fisher and Joe Coady scoring early tries, both converted by Joe Coady, giving us a 12-0 lead. As the first half progressed the boys started to tire and a few gaps started to open up.

We went into the sheds at half time with Cowra leading 22-12. After the break we again came out firing and put on another two early tries reducing the deficit to 2 points. As the game went on the depth of the Cowra High School team showed and they won the game 46-26.

Try scorers for Canowindra were Joe Coady (3), Angus Fisher and Justin Said. Joe Coady had 3 successful conversions. We would like to thank Mr Garry Whatman for coming in off the farm to referee the game.