You are here: Home / Sports / Rugby Union / U13 JUNIOR PYTHONS INTO MAJOR SEMI’S 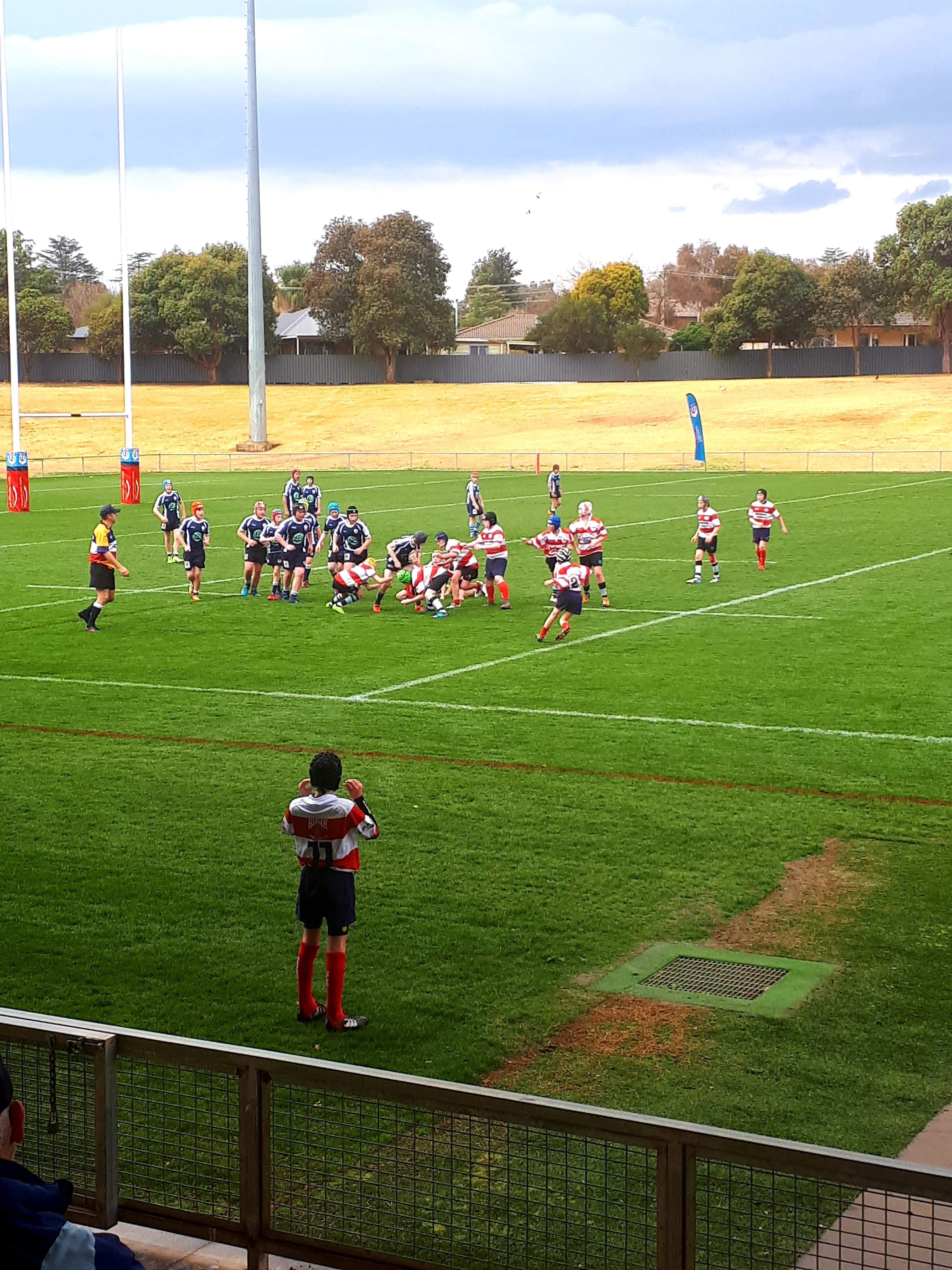 A nail biting finish saw the Canowindra/Cowra U13’s victorious over a feisty Forbes Platypi in the minor semi-final played in Dubbo last weekend. An early try to Forbes spurred C/C into action and they quickly equalled, surging through the pack to go over the line.

As rain poured down ball handling became tricky with plenty of changeovers during play. C/C were strong in the line-outs gaining possession easily and showing strength in the challenging conditions. Forbes met them with great scrums and tough mauls.

The teams went into half time a soggy 5-5. The C/C team came out of the break with determination to lead scoring an early try, and both teams ran over with tries and conversions one after the other. Leading 19-10 with 4 minutes to go the C/C side were stunned by a runaway try by Forbes followed by a conversion to close the gap to 19-17.

Forbes won a line-out after the final hooter and a gallant effort was made to hold off a try close to their line until Forbes gave away a penalty. With much celebration the Canowindra/Cowra war cry rang out of the change rooms, and both sides congratulated each other on a fantastic game that the Wallabies could learn from.

Our boys will play Mudgee in Wellington this weekend to contest a position in the Grand Final. Their supreme teamwork and sportsmanship will bode them well – GOOD LUCK!