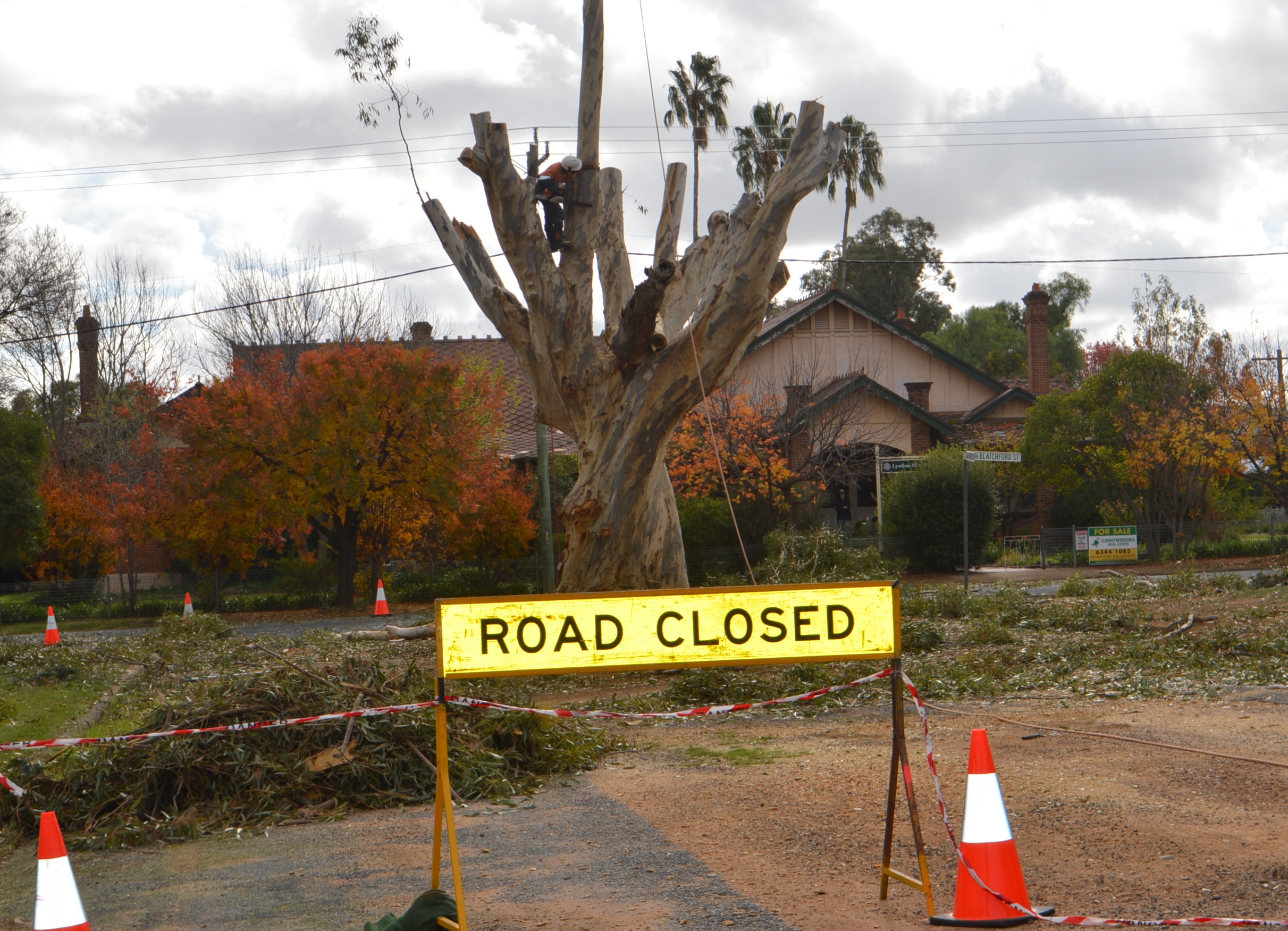 A 100-year-old gum tree met with a chainsaw on Tuesday as large branches were felled across Short Street. Locals have voiced strong opinions about the removal of the tree, with Terry Mooney, who lives on the same street, calling it “vandalism on steroids”.

“I want to know who authorised it, how much did it cost and what are they going to do about the bee’s nest that was in the tree,” he said. Another local said; “Perhaps Council have their reasons, presumably OH&S, but they never seem to give the townspeople any opportunity to voice an opinion on other ways of preservation.” Other Canowindra residents have commented that they would take a shortcut via Short Street when walking, just to view the tree.

Last week a white cedar tree close to the tennis courts, which provided shading for the seating stands, was also removed. Cabonne Council’s Acting Economic Development Officer, Dale Jones, said; “Unfortunately the tree has dropped a number of large limbs, posing a threat to the public. When this occurred Council arranged for an arborist to inspect the tree and Council also received complaints from residents regarding the danger posed by the tree. In the interest of public safety Council acted to remove the danger. It’s unfortunate as Council doesn’t like to remove trees and takes every step to try and retain them but in the case where there’s a danger Council would be negligent if it didn’t act.”