You are here: Home / Letters to the Editor / Travel Update: Part III 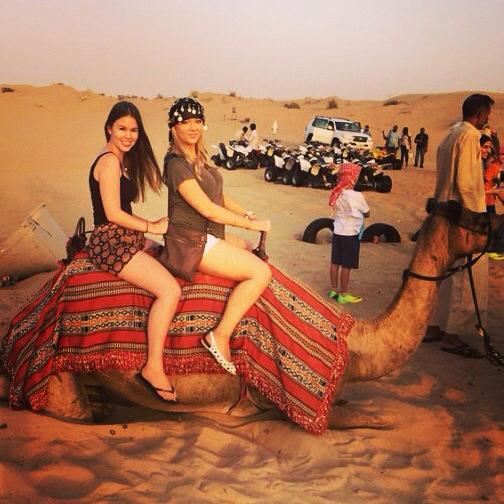 During my 3 days rest-up in London, I visited the Tower Bridge, Buckingham Palace and Big Ben. Then it was time to head to Athens for a tour of the Greek Islands. I visited the Temple of Zeus and the Acropolis during my 2 night stay in the capital. In Mykonos I finally discovered why all the houses in Greece are square shaped- there is no rain during their summer, so when rainy season comes they catch all the rain on the roof to preserve it! Next was a ferry to the romantic isle of Santorini. Santorini is known for its wine, with vines covering most of the landscape. They have more steps than streets and more churches than houses. This is because there are two live volcanoes close by, so the locals pray a lot! Our last stop was Ios, the party island where we drank and lay on a private beach called katharó neró, which is Greek for clear waters. 3 hours relaxing proved fatal when I forgot to reapply my sunscreen! I stayed in Dubai for 2 days on the way back home, completing the desert safari and standing atop the Burj Khalifa, tallest building in the world. I definitely have more appreciation for Australia as I feel we have more luxury and freedom but both Greece and Europe are amazing places.
Jessica Jenkins