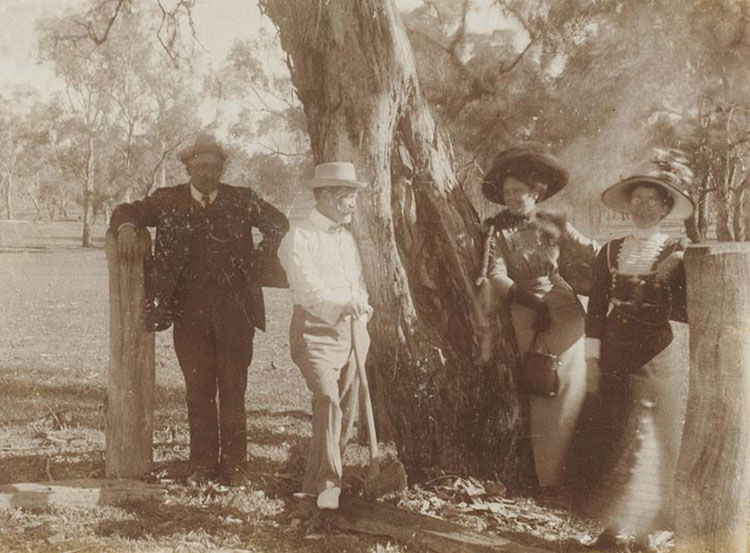 Amateur anthropologist Edmund Milne and a group of friends standing next to Aboriginal Arborglyphs (carved trees) in Gamboola, near Molong in 1912.

Ground-breaking research on a Wiradjuri burial site at Molong could soon reveal new insights into traditional funeral practices, highlighting the importance of Aboriginal cultural heritage in the Central Tablelands region of NSW.

“Carved trees were generally reserved for special individuals, that we refer to as a man of high degree,” explained Wiradjuri man and Senior Land Services Officer (Indigenous Communities), Greg Ingram.

“Once the burial spot has been confirmed, the archaeologists will use three-dimensional mapping to survey the area and identify clues about how traditional burials were conducted in the past.”

The Local Land Services funded research will include a search for other potential burial sites in the vicinity of the remaining carved tree.

“There are a lot of large stumps at this site,” said Mr Ingram.

“It’s possible that these stumps may have been carved trees that have been cut down, suggesting this could be a traditional burial ground containing more than one grave site.”

“There hasn’t been a lot of research on traditional Wiradjuri funeral practices, so this is a significant project,” said Mr Ingram.