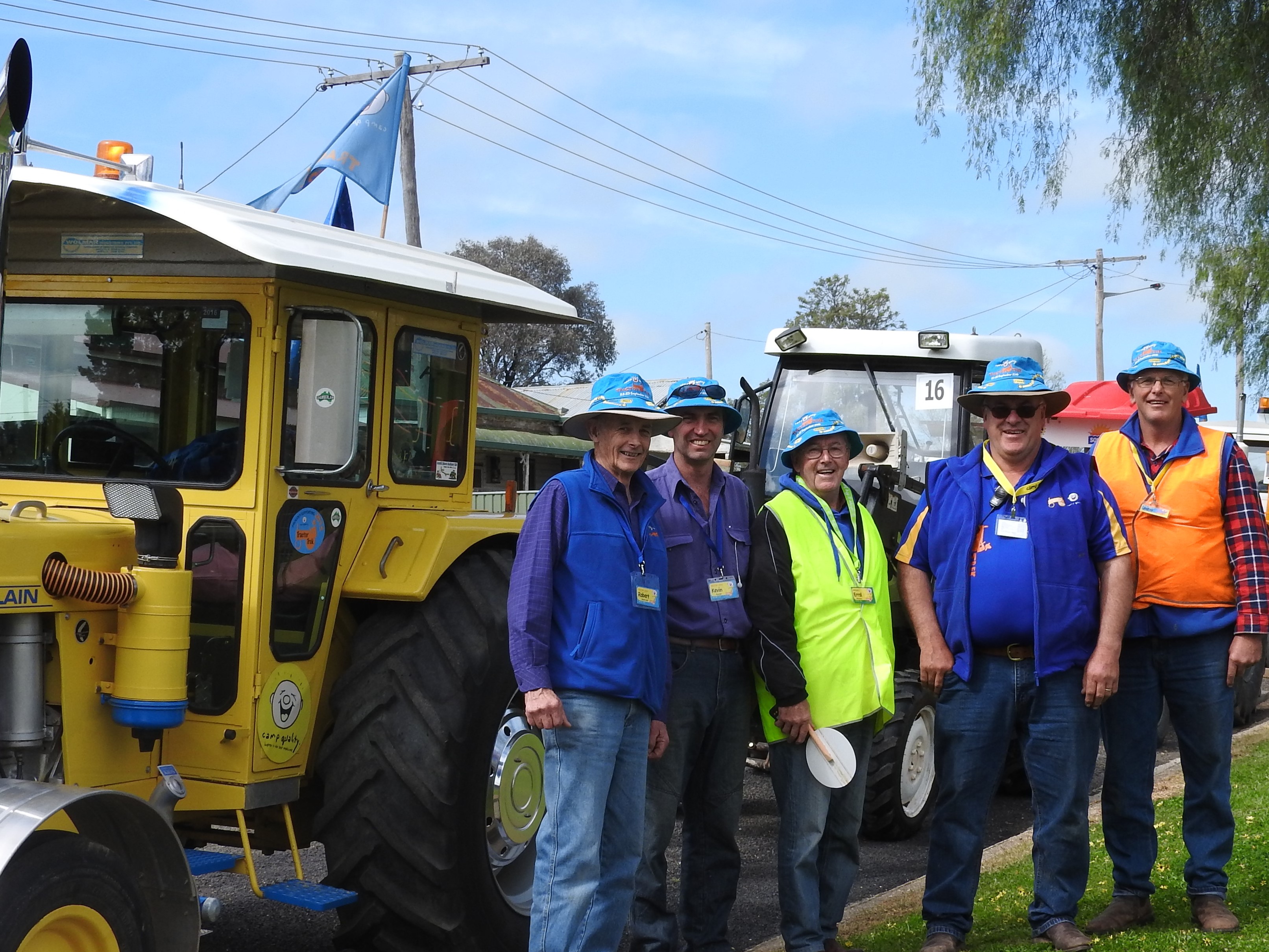 Trekking 300km in three days is a mean feat in a tractor, but a group of dedicated men and women have done just that, and
all for a good cause. The Tractor Trek group this year raised over $220,000 for Camp Quality in their Tractor Trek that took place last Friday to Sunday, September 23 to 25. On the first day of the trek, all 24 tractors pulled into Canowindra Public School to show off the tractors to the kids and talk about the event.

“The trek has been very steady; a couple of detours due to flooding but all good. We were down a few thousand dollars this year as things have been pretty tough in the bush,” Tractor Trekker Pat Kilby said. Tractors ranged from old to new, and some were decorated with splashes of colour. John Sharp was one of the masterminds behind this great event and said it all started with a trip to New Zealand, after he met a man that was doing a tractor trek to raise money for his two grand-daughters, who were not well at the time.

“The trek was born in New Zealand, I spent three months going nowhere with it until I met Graeme Elslick who helped things fall into place.” John Sharp said. The trek has now been running for five years and has raised over a whopping $1.3 million for Camp Quality.
The trek attracts people from all over with some coming from as far as Sydney to get involved. Robert Westcott, Kevin Porter, Errol McCain, John Sharp, Geoff Porter and Adam Sharp have each been involved since the event started.