Home » Tractor Trek Gets Off To A Great Start 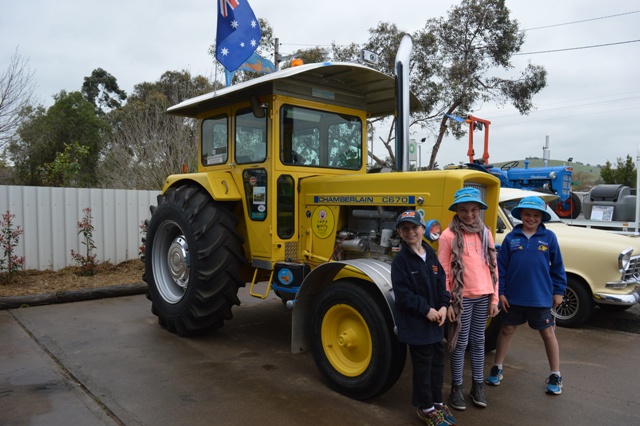 This year’s Tractor Trek may not have actually yet happened, but it has still made a bumper start, with a whopping $191,574 being raised so far for the event. And with the target number of funds raised being $220,000, the even thas a very good chance of achieving this.

The Tractor Trek will take place from September 23 until September 25, starting in Cowra and finishing in Greenthorpe. From its start in Cowra it will trek through Billimari, Canowindra, Woodstock, Holwood, Cowra again, Goologong, Grenfell, and then on to Greenthorpe. Over the three days that the Trek runs for, participants will stop in at local schools and other community venues to engage in activities.

Amongst other fundraisers that have happened before the Tractor Trek takes off, the Canowindra Tyre Service held a BBQ breakfast last Saturday morning between 8am and 1pm, raising $550. Billimari’s Roy White, who has been very active getting the Tractor Trek off the ground in Canowindra, said it was great to see the showing of support at the BBQ. “It was great to see so many people still come out in the rainy weather,” Mr White said.

“We had a lot of people who were just driving past, saw what was happening, and then pulled over to have a look and support us. We had lots of locals joining in with us too, so it was a very successful morning.” Mr White had two of his tractors on display at the BBQ, including his main yellow tractor that he will drive during the Tractor Trek, as well as a blue tractor which will be driven by a couple of ladies from Molong.

He thanked Canowindra Tyre Service owners and Tractor Trek supporters Alison and Tom Stephens for putting on the BBQ.