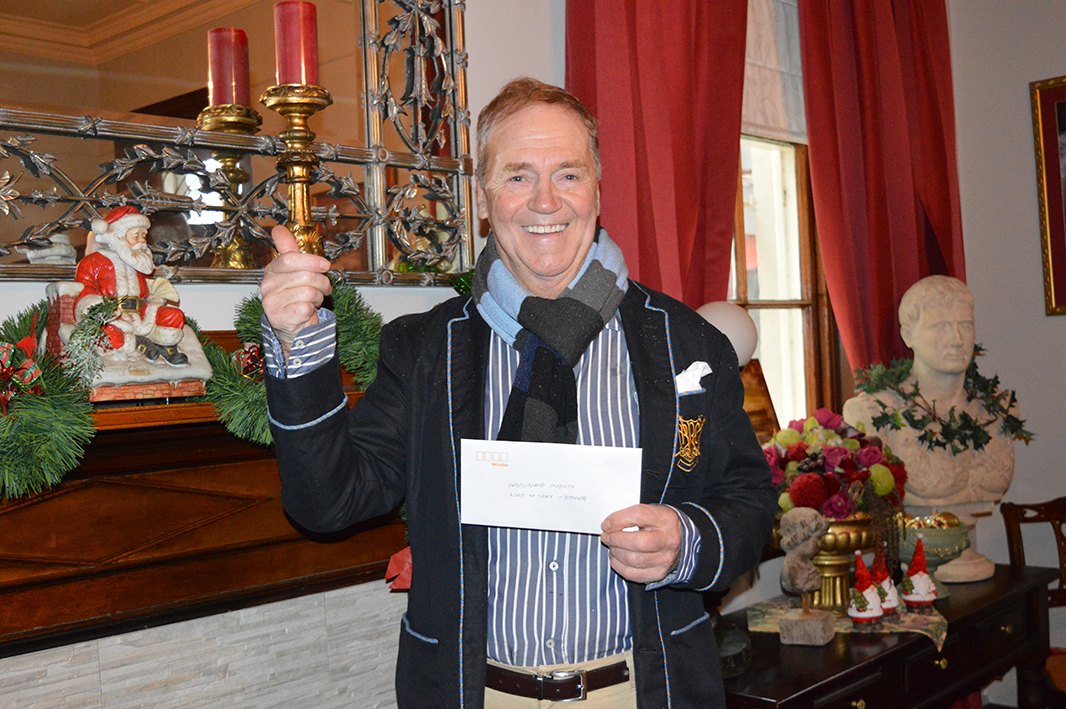 Well-known Canowindra personality Tommy Jeffs has won himself an overnight stay for two people at the Fairmont Resort in Leura, Blue Mountains, after winning this year’s Christmas in July competition. The Canowindra Phoenix again held its annual Christmas in July decorating competition this year, which saw many businesses on Canowindra’s main street, Gaskill Street, dress up their front windows with Christmas decorations.

This year’s judges were St Edwards Primary School Principal Ken McNamara and Canowindra High School Principal Neryle Smurthwaite, and they scored each business that participated on Monday afternoon. They judged each decorating effort under a number of different categories, and combined these scores to come up with the winner, with Mr Jeffs coming up with the highest score.

Mr Jeffs decorated Walker’s Old Hardware Store, across the road from his well-known café Deli Lama, covering the front windows with beautiful Christmas decorations, impressing the judges with his three different scenes. “He had three scenes; one was Santa with a Christmas tree and presents, another one was of a family gathering, and the third was of a dining room which had every detail from crackers to glasses. It really symbolised ‘togetherness’,” said Mrs Smurthwaite.

“When I looked at it I thought of Christmas music, and it felt like it was an American style Christmas,” said Mr McNamara. While Mr Jeffs took home the prize, both judges said each and every business that took part did a great job in making Canowindra a bright town to look at, which was ultimately the goal of the competition. “Hats off to them for their enthusiasm to be a part of this community project,” said Mr McNamara.