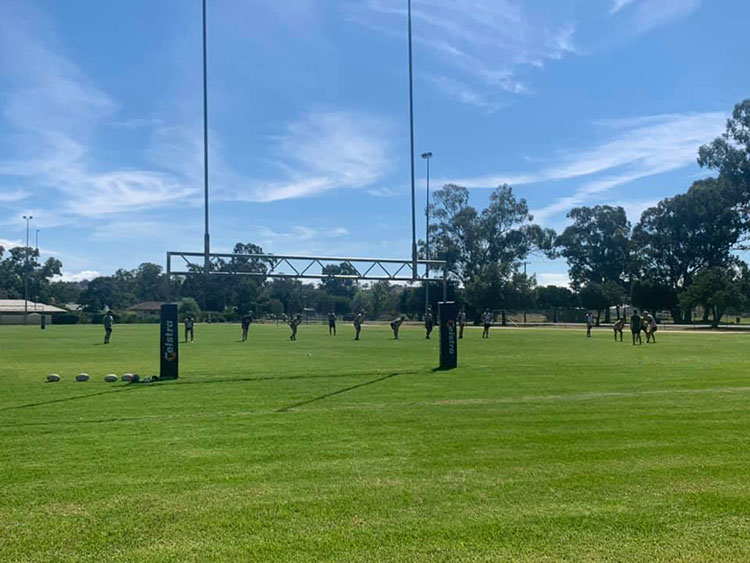 Tom Clyburn Oval will shortly be the official name of the sports oval on Tilga Street. Cabonne Council carried the motion at their last meeting after discussing correspondence with the Geographical Naming Board.

Council has been working with the Geo-graphical Naming Board of NSW to facilitate the official naming of Tom Clyburn Oval on behalf of his family. The Board has advised the sports field couldn’t officially be recognised as Tom Clyburn Oval due to bounds of legislation as an individual oval within the sporting precinct.

“At its ordinary meeting on 28 September 2021, Council resolved to submit an application to the Geographical Naming Board to officially name the Canowindra Sports Complex, while also endorsing the naming of Tom Clyburn Oval which sits within the complex,” he said. “The precinct name was suggested and agreed upon after consultation with the Canowindra Sports Trust.”

A suggested name for the precinct was the Canowindra Recreation Ground. This convention is consistent with other villages in the shire that also have recreation grounds.

Mr Christensen said the Clyburn family has been kept informed at every step of the naming process, after originally applying for the official naming of the oval.

“All parties involved have been very agreeable to the naming of the sports precinct as a whole, whilst maintaining the oval as a tribute to Tom Clyburn,” he said.

The official naming will hopefully settle any quibbles regarding the sports field being Canowindra Oval or Tom Clyburn Oval.