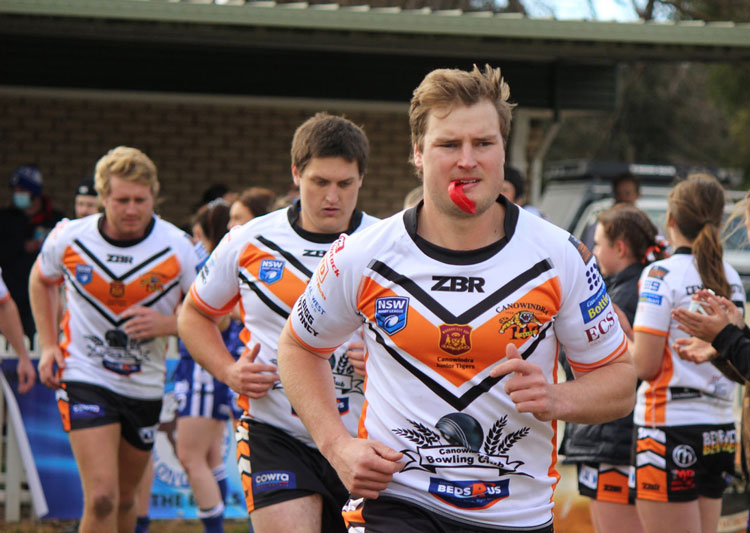 Woodbridge Cup is back this weekend.

Following the end of the NSW Government stay-at-home COVID-19 lockdown order, Round 16 of the Woodbridge Cup will go ahead this weekend. Canowindra Tigers will take on the Grenfell Goannas in Grenfell.

With an eye on the finals, first division and youth league lead their competitions.

The ladies are running third currently. If they maintain pace they will get into the semi finals.

To see out the rest of the season, first division are set to face the Manildra Rhinos at home on Saturday, August 8 and the Eugowra Golden Eagles in an away game on Saturday August 14.

The Tigers sit on top of the first division ladder. Irrespective of this weekend’s re-sults, they are set to go through to the semi finals.

Winning the minor premiership hangs in the balance with Manildra only two points behind.

Dates have been finalised for the finals. The Woodbridge Cup Board endorsed to continue the status quo of semi finals being hosted by the first grade higher ranking teams finishing first, second and fourth.

Clubs will only get to host one semi final game, however. The remainder will be allocated, preferably to teams finishing third and fifth. This may mean the Tigers may not host finals in all grades.

Semi finals are on the weekend on August 21 and 22. The teams placed fourth and fifth will play off at the homeground of the fourth rated team on the Saturday.

Second and third-placed teams will play off at the homeground of the second-placed team on the Sunday.

Games will continue on the next weekend, August 28 and 29.

The teams placed fourth vs fifth match will play the loser of the second and third match on the Saturday.

The minor premier will play the winner of the second and third match on the Sunday at their homeground.

The finals match will be on September 5, with the grand final on Sunday September 12 in Grenfell.