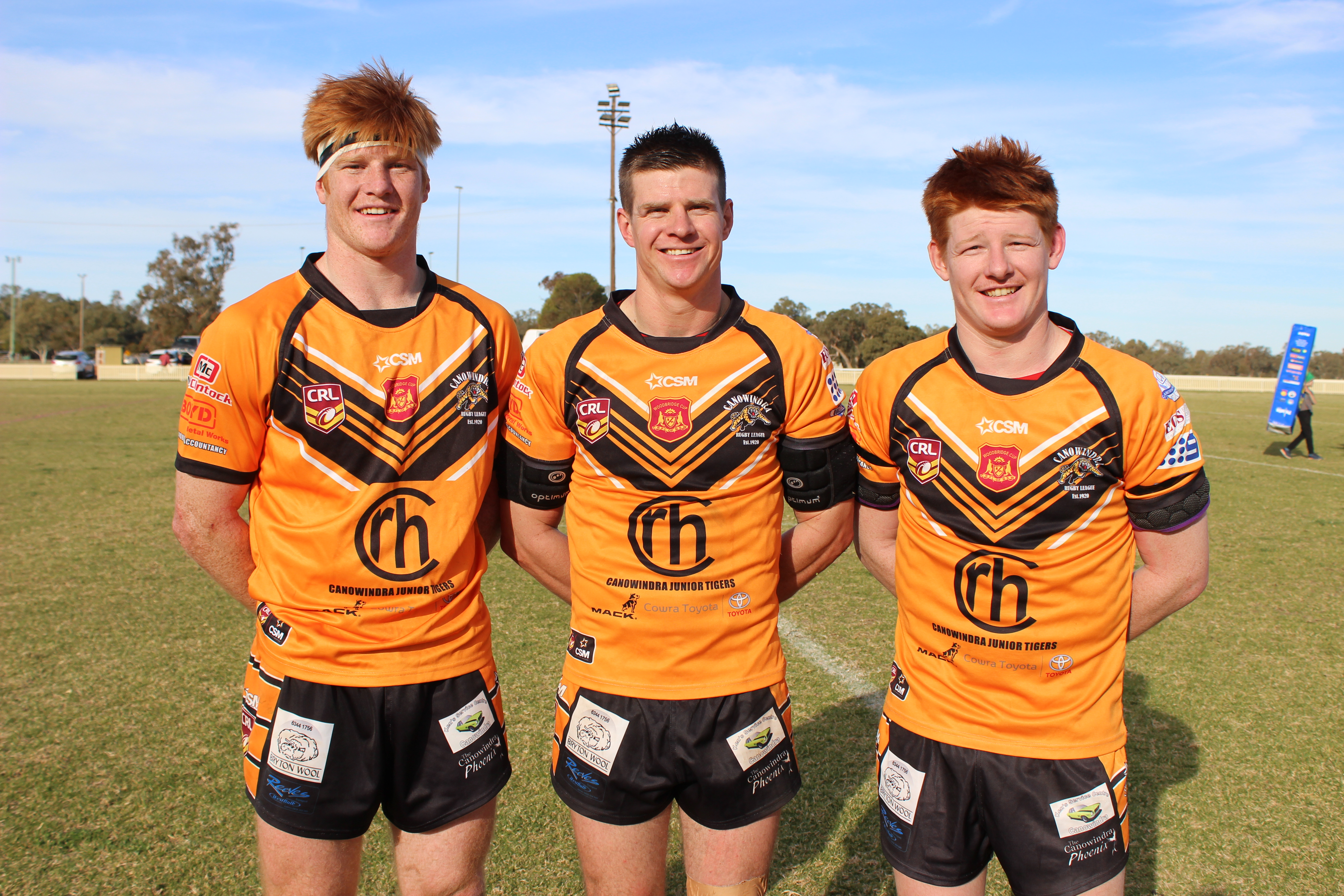 The Canowindra Tigers have forged their way into the semi-finals on the back of a five try rampage to Regan Hughes.

The Tigers looked ominous from the first set of six. With pressure from the Tigers on Condo it was Simesi Tapou who scored the first try to lead 4-0. The Tigers had the better of the field position and it was from an
intercept for Rob Burns to run 70 metres to score Canowindra’s second try to lead 10 – 0 with 17 minutes gone. It was one way traffic from then on.

The Tigers were clearly the stronger side with a larger pack and the pace and size of the backs controlling the game. The half time score was 32 – 0 and all the Tigers had to do was control the ball in the second half to win convincingly. All the forwards played strong and Aaron Earsman was outstanding in defence to nullify anything that Condobolin put up in attack. Condo scored their first points with 9 minutes left in the match making the final score 70-6.
Best and Fairest points were 3 Regan Hughes, 2 Brydon Hughes, 1 each Simesi Tapou and Aaron Earsman. Montrose House Players Player went to Regan Hughes.

Next week is the last competition game on Saturday at home against Eugowra where the League Tag side take the main game billing at 3.00pm and the First Grade at 1.40pm.