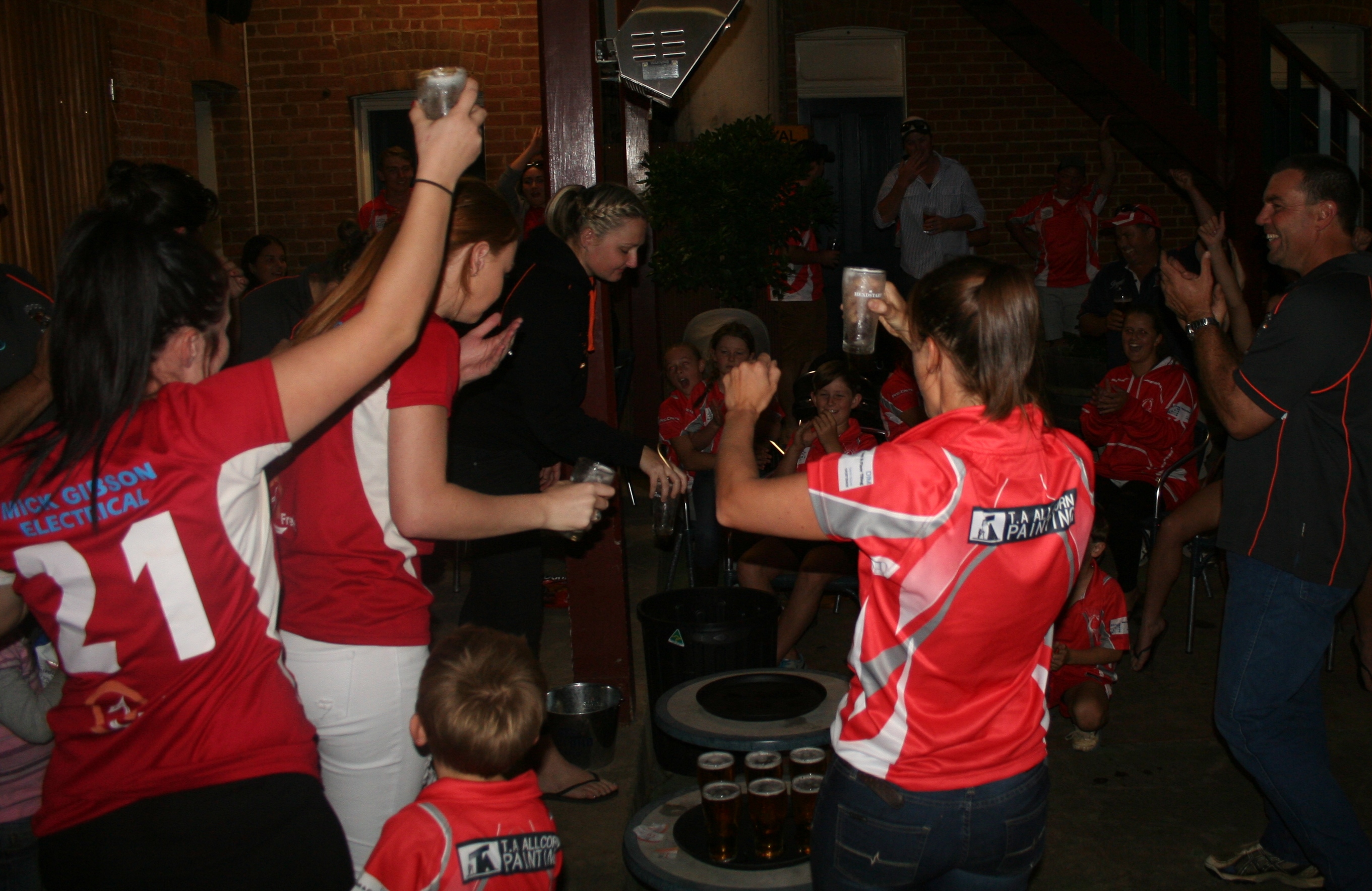 The weekend games resulted in mixed results against Manildra with a loss for the league tag girls and a win for first grade. The girls’ score at the final whistle was 26-6 with several tries going to the fast finishing Manildra fullback. The Canowindra girls team are showing improvement each week and President Dean Stanbury is sure results are soon to follow. The after-games presentations were held at the Royal hotel on Sunday. Three points went to Alicia Earsman, two points to Kath Davis, one point to Jess Coker and players’ player went to Melissa Frazer.

The final score for first grade left Canowindra on top with 44-16 in favour of the Tigers. After a scrappy start to the game with numerous handling errors the boys had to defend more than they should have, giving away a 10-0 lead early in the first half of the
game. However, once the team took control of the ball and began to assert their dominance in defence the flow of the game took a sharp turn in favour of Canowindra who ran away with the win. Strong momentum from the forward pack allowed both halves Matt McLean and Brydon Hughes the ability to display Canowindra’s attacking ability. During the presentation three points were awarded to Ham Tina, two points to Matt McLean, one point to Brydon Hughes and players’ player went to Ham Tina. This Saturday the Tigers will travel to Binalong. Game times are; girls at 1.50pm and first grade at 3pm.