Home » Tigers And Tigresses Go Down To Trundle 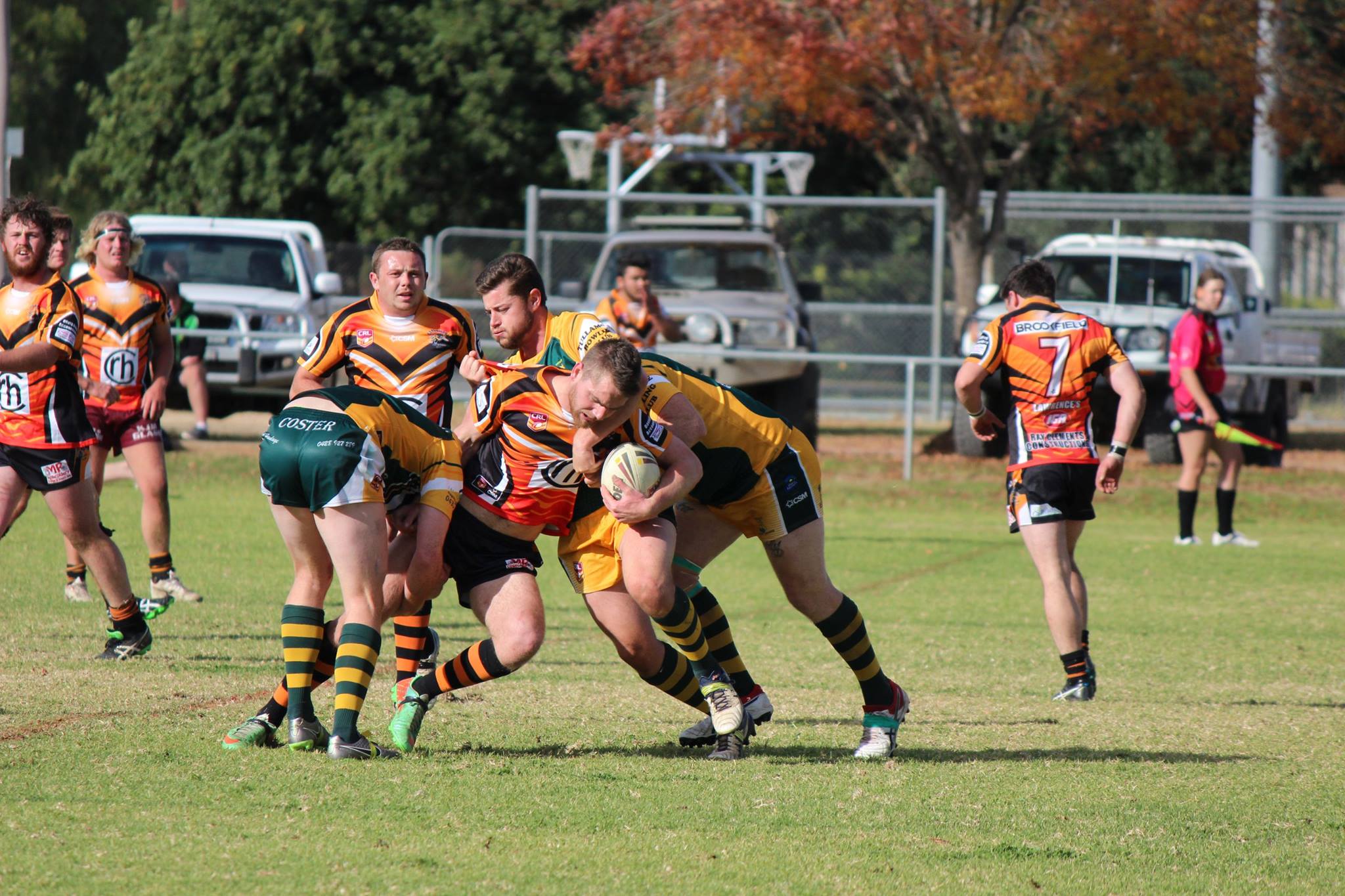 The Canowindra Tigers took on Trundle on the weekend, with the Tigers competing well against one of the leaders of the competition.
The boys went really well and kept hanging in there the whole game. Tim Wythes played well throughout the first half and Nathan
Whatman was strong in the forwards, with his continuous hit ups. It wasn’t long before the Hughes duo came together, with Brydon Hughes offloading to his brother Curtis Hughes to score out wide, 4 metres from the sideline, making the score 8-4 after 31 minutes.

Trundle started to tire, which only saw Canowindra keep firing with Mick Clyburn making some great hit ups. Canowindra were right in this game, coming back to take the lead late in the first half. Brydon Hughes made a great offload to Mick Clyburn to hit the line. Jayden Brown then hit the line hard, shrugging defenders off before doing a dummy kick and sprinting 40 metres down the field. Jayden managed to get past Trundles defence to score under the post, to lead 16-8 at half time.

Tigers led a very exciting first half but Trundle re-grouped and came out stronger in the second half, getting in a quick try 3 minutes in. Canowindra managed to get another try in before being dominated by Trundle with the final score being 30-22.
3 points: Mick Clybrun
2 points: Jayden Brown
1 point: Brydon Hughes and Toby Bigent
Players Player: Jayden Brown

LEAGUE TAG
The Tigresses came out a bit rusty against Trundle going down 42-6. Keira Whatman was the only try scorer for the Tigresses, leaving the score at 42-6. Simple mistakes were made throughout the game, with the Tigresses determined to work on a few things before taking on Eugowra this Saturday.
3 points: Keira Whatman
2 points: Sami Boog
1 point: Lisa
Players Player: Keira Whatman