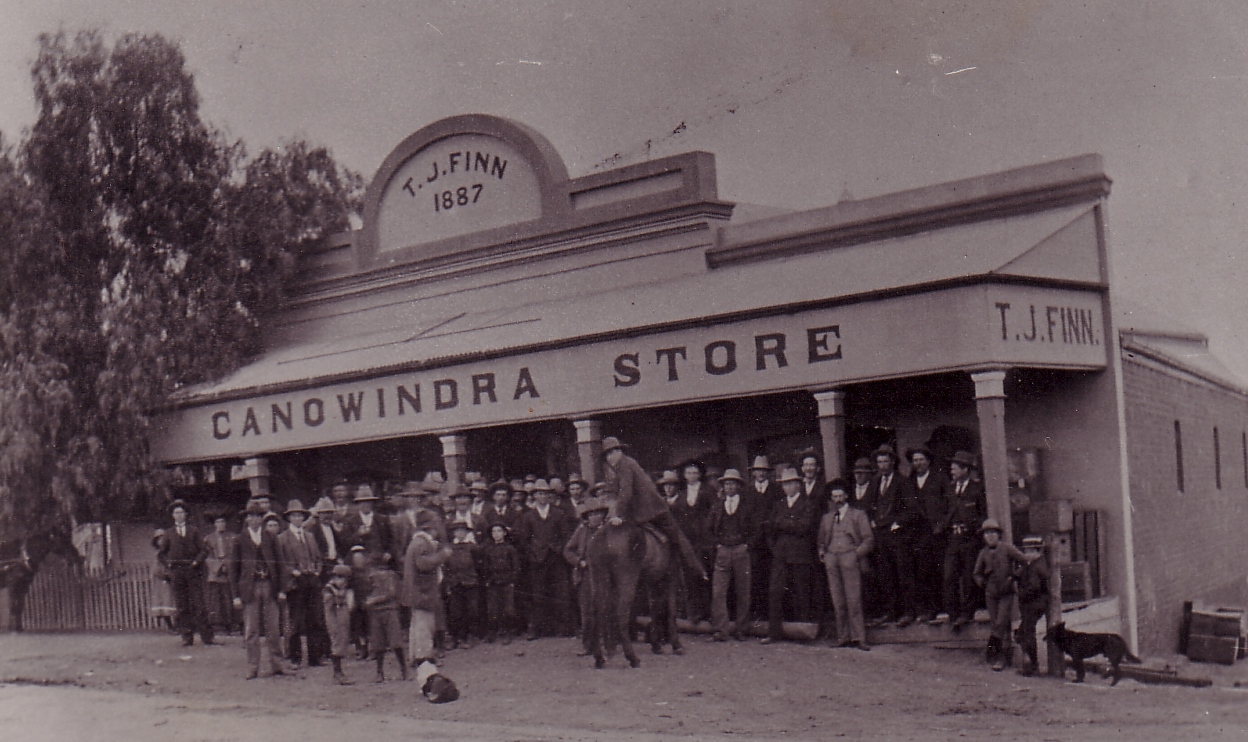 Gaskill Street was listed in the 1970s from The Junction Hotel to the Railway Cottage as a streetscape that merits conservation. The oldest building there is Finn’s store, which began life as T J Finn’s. Thomas Joseph Finn, founder of T J Finn Pty Ltd, was born in Hartley on 5 July 1850.

In 1869, he came to the mining centre of Belmore (now Moorbel), to run a butchery and later a store in partnership with his cousin, Thomas Galvin. In 1874, T J Finn moved to Canowindra to a general store in the old brick building built by James Collits, which was called Pierce’s store, in 1863, the year of the bushranger raids. The Rural Bank was later built on the site. In 1887 T J Finn bought land at the upper end of Gaskill Street and built the original section of his store, now adjoining Finns Lane. He had married Maria Coady of Mogong in 1878 and they lived in the adjacent residence, The Peppers.

In 1920 Thomas and Maria Finn and family moved to their new home, Tralee, in Short Street and The Peppers was incorporated into the renovated and extended store. In 1924, after 50 years of business, the people of Canowindra honoured T J Finn for his many contributions to the town. He died on 1st April 1941. After he retired sons, Thomas and Leo, managed the firm, which celebrated its centenary in 1969 amid great town celebrations when the Historical Society erected a monument at Moorbel, unveiled by Leo Finn, to mark the site of the first store.

The firm ceased trading on 31st July 1971.The building gained new life with renovations firstly by Russell and Margot Chick as Finn’s Old Store and more recently by the Yeo family as Finn’s Store. 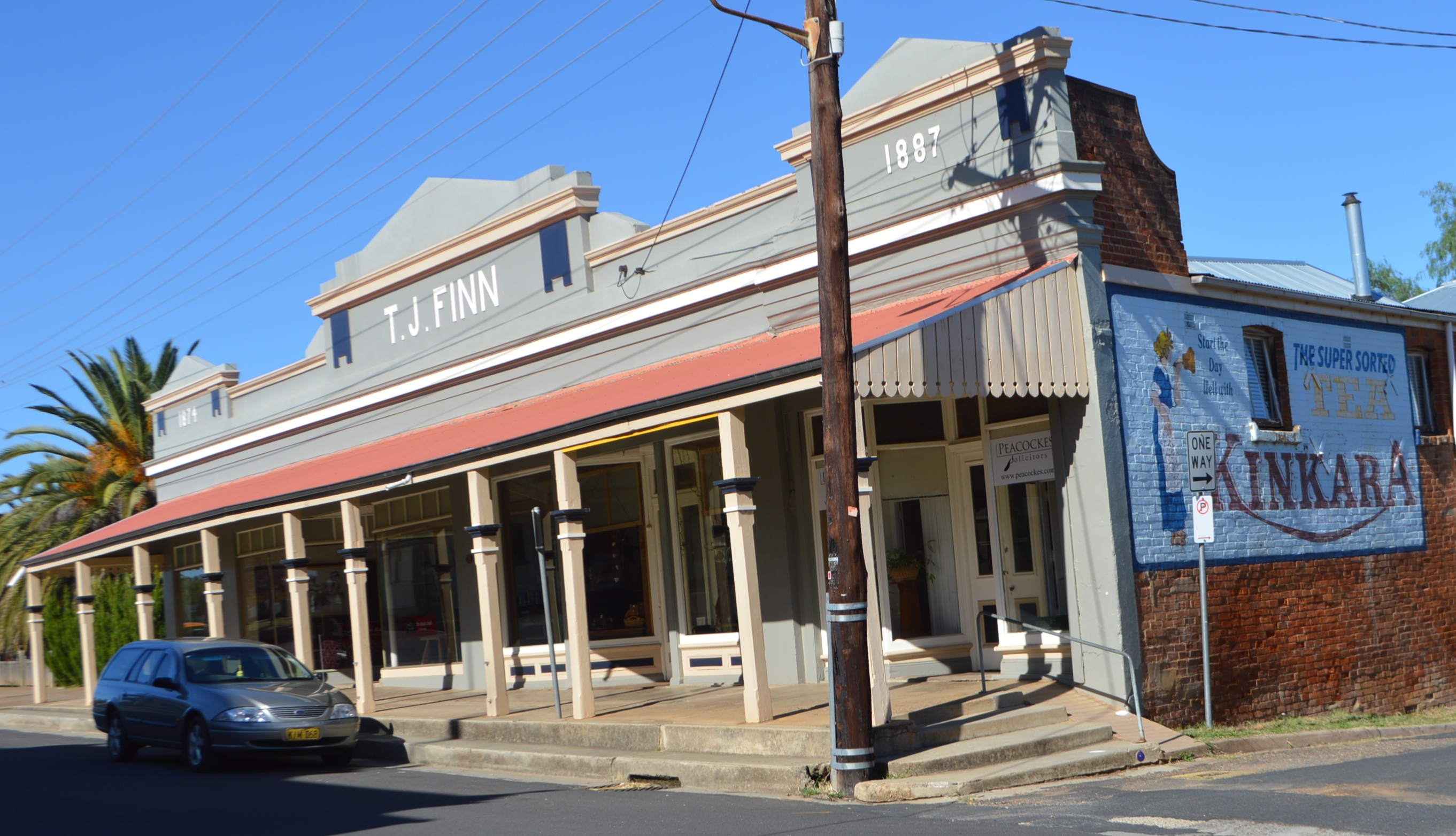