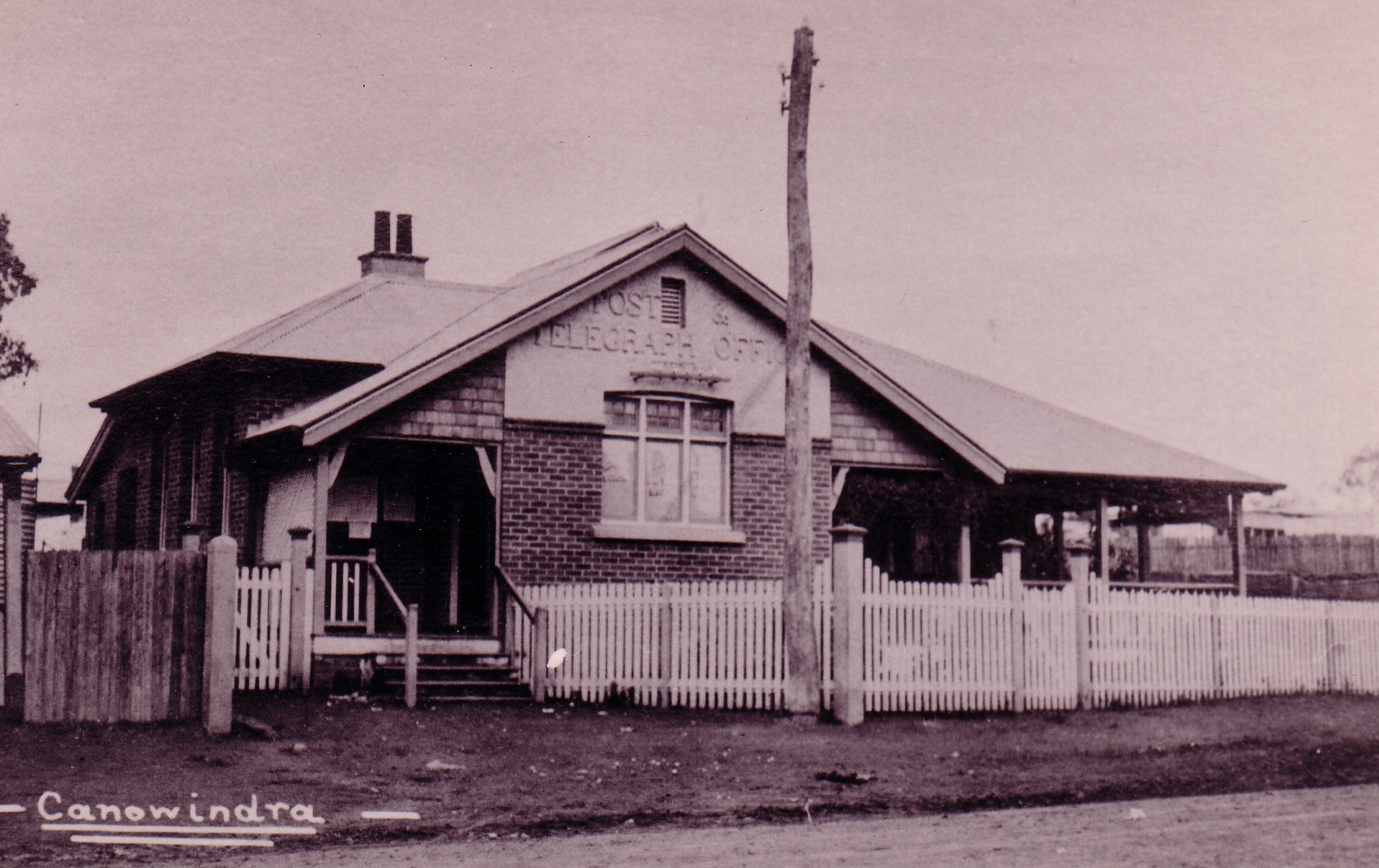 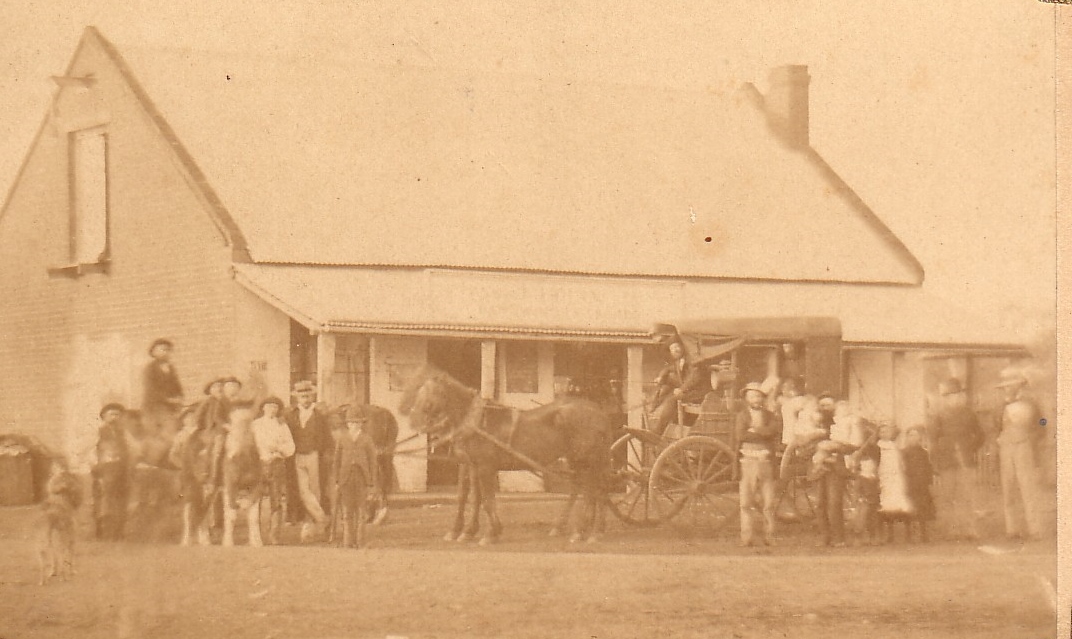 In 1847, pound keeper Japhet White was Canowindra’s first postmaster when an unofficial office opened in the store next to the inn, now marked by the monument in South Canowindra. Mails for Canowindra were conveyed between Bathurst and Carcoar by horseback weekly and increased to three times weekly in 1861. Canowindra’s office remained south of the river with storekeepers or publicans as postmasters until 1864, when John Pearce was appointed from 1st March 1864 in his store north of the river. This was Canowindra’s first brick building built c. 1861 by James Collits, the site of later Rural Bank building.

John Flanagan, postmaster from 1869-1871, had his office on the site of today’s post office in a small room adjoining the first weatherboard Victoria Hotel where he was the publican. The post office moved to yet another site, Edward Plunkett’s store, on the corner of Gaskill and Tilga Streets from 1871-1874.

From 1874 to 1877, the office was back to the brick store, now Camfield Baker’s, returning briefly to the Victoria Hotel site where Thomas Clyburn was postmaster from 1877 to 1878 until succeeded by TJ Finn, postmaster in the brick shop until 1882. Meanwhile, from 1881, a telegraph office was opened in the building near Clyburns’ Victoria Hotel with Frederick Burgess as telegraph officer.

On 1st March 1882, Frederick Burgess was appointed Canowindra’s first official postmaster when the office was combined with the telegraph office. A H Costin succeeded Burgess on 6th September 1884 followed fifteen years later by G Peek on 22nd December 1899. After years of debate about the best site for a new purpose built post office, the wooden buildings rented from the Victoria Hotel were bought by the PMG and demolished c. 1905 for a new brick office, telephone exchange, telegraph office and residence.