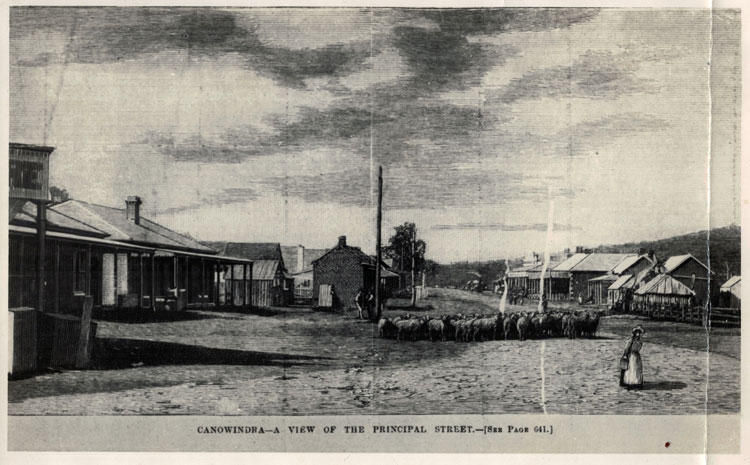 From The Sydney Mail 21 September, 1889:
“This view of Canowindra which appears with this shows the main street as it appears to an observer when looking south. Owing to the putting forward of a new brick place, the full view of the street
is broken. The first building on the left is Boyd’s store; then appear the cottages of Mr Rice and the office of Mr Dry (a well known agent); then Clyburn’s Hotel and post office finish the line. On the right are blacksmiths, bootmakers, the Commercial Bank, the local saddler’s shop. Clyburn’s sample-rooms and hall and last, but not least, Mr Finn’s stores. Canowindra is a very old township, well remembered among the episodes in the days of the bushrangers, one particularly when the bushrangers Gilbert and company held possession two days, the police being on the opposite side of the river which was in flood.” 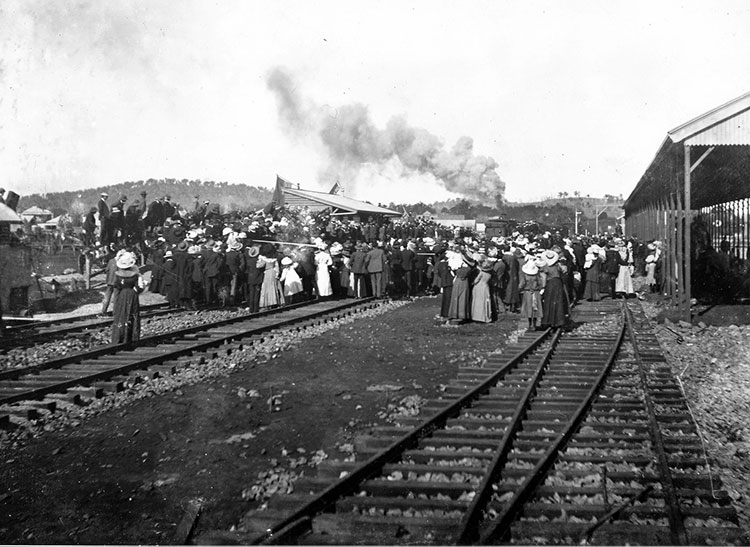 800 passengers travelled on the official first train from Cowra to Canowindra on 4 July 1910.