Home » The Village That Could 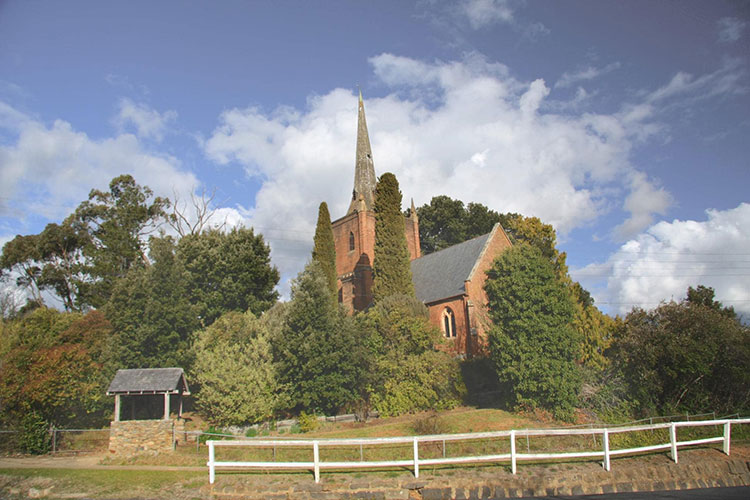 IMAGE: Carcoar’s church serves as a beacon of sorts, sitting atop the village for 175 years.

When the Carcoar community heard that their beloved church, a building which has seen the town through 175 years of births, deaths and marriages, was to be sold to the highest bidder, residents were horrified.

“The church is of historical significance,” said local Mckenzie Graham. “It sits right on top of Carcoar. Having something so historically valuable be turned into a house or a B&B, it is just not right,”

With the Bathurst Diocese $25 million in debt, including $2 million in reparation payments to historical victims of child sex abuse within the church, the diocese could not afford to keep the building, no matter how important it was to Carcoar.

Locals sprang into action, creating the St Paul’s Association Carcoar for the express purpose of purchasing the church for the community.

“We realised it was up to us to save it,” said Mckenzie, who serves as secretary and public officer for the association.

Mckenzie cited the importance of the convict-built church, whose foundation stone was laid in 1845, as not only a place of historical interest being the second oldest church west of the Blue Mountains, but also as a burial ground which holds the remains of the community’s loved ones.

Aiming to raise $450,000 in 90 days, the task seemed impossible for the community of just 200 people to pull off. Mckenzie said there is precedence however, as the community raised money for a racing wheelchair for local boy, Paralympian Kurt Fearnley, in the 1990s. The village engaged several media outlets to draw attention to their plight and watched the donations pour in.

The association surpassed its goal with four days to spare. While the size of the large donations were almost unbelievable, Mckenzie was most touched most by local pensioners who dug deep and gave what little they had.

“Small towns may be small, but they are big in spirit,” finished Mckenzie.