Home » The New Definition Of A Lamb 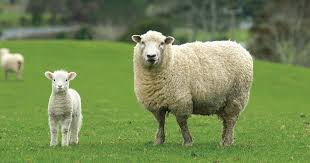 Did you know the definition of a lamb is changing? From 1 July 2019 the new definition comes into place. If you’re unsure of what it means here are some facts from
Sheep Producers Australia.

Why is the change occurring?

The current definition gives producers no warning light about when a lamb stops being a lamb – the moment a permanent incisor erupts, the lamb is downgraded to hogget. Rather, the new definition gives producers greater certainty and a definitive signal to make moves to market their lambs. Producers will have generally less than a month from the time of eruption to when permanent incisors are in wear. The new definition is also consistent with New Zealand’s definition – Australia’s biggest lamb competitor in export markets. The change serves to even the playing field between the two countries.

How do you apply the change?

The process for checking whether lambs comply with the new definition is via a visual inspection – the same process used to verify lambs against the current definition. A permanent incisor is considered ‘in wear’ if:
• it touches the upper pad when thesheep’s mouth is closed
• it is above the height of the lamb’s milkteeth either side of the permanent incisors

How is eating quality affected under the new definition?

Eating quality has been at the centre of the decision about whether to change the current definition of a lamb. A more major change to the lamb definition (for example, where two fully erupted permanent incisor teeth are in wear) was not pursued by the industry because of the risk of consumers having an unsatisfactory eating experience.

In contrast, research has shown that a lamb under the new definition was as acceptable to consumers as lamb under the current definition. Peer-reviewed research1 (Wiese et al. 2005) found that a minor change to the definition of a lamb – such as one or two permanent incisors having erupted but not being in wear – produced no discernible difference in eating quality compared with lambs with only milk teeth.

For more information head to www.sheepproducers.com.au