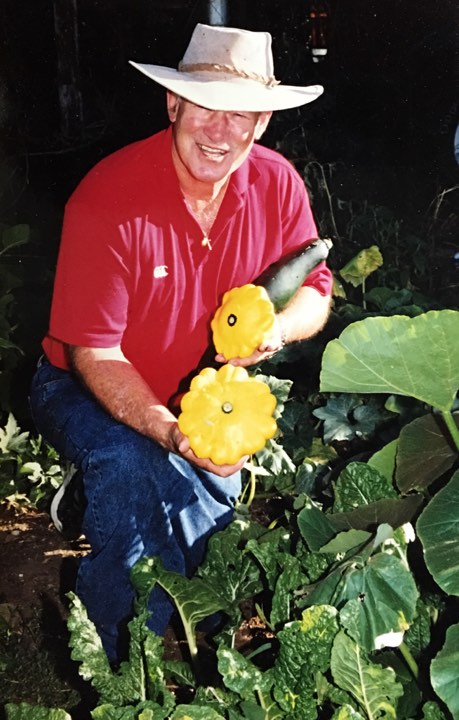 Allan Noel Carroll or ‘Ned’ as he was known around town was born on 16th December 1939 and sadly passed away on 16th July 2017. ‘Ned’ was one of 9 children to James and Marie Carroll and spent his childhood in Binalong before first moving to the Canowindra area in 1970 with his family, wife Pauline and children Bernadette, Jamie, William and Therese initially to play football.

They resided at ‘Alfalfa’ with the Paytens and this was where they spent some of the happiest years of their lives.

His great love in life were his family, playing football and gardening. “Ned’ was a family man and a great friend and was always available for a chat. He often made sure that everyone else was ok before himself. He also loved to have a good time and kick up his heels any chance he got! ‘Ned’ was a great footballer and a group selector and coach at one stage for all three grades of Canowindra Tigers, he even introduced the current Canowindra Tigers theme song. ‘Ned’ was also the founder of Canowindra Little Athletics and
Canowindra Squash Club and he and his wife Pauline also ran the local swimming pool for a number of years.

After stints away in Sydney ‘Ned’ and Pauline finally retired and returned to Canowindra where they had so many close friends and always felt it was home.