Home » The Extraordinary Life Of A Journo 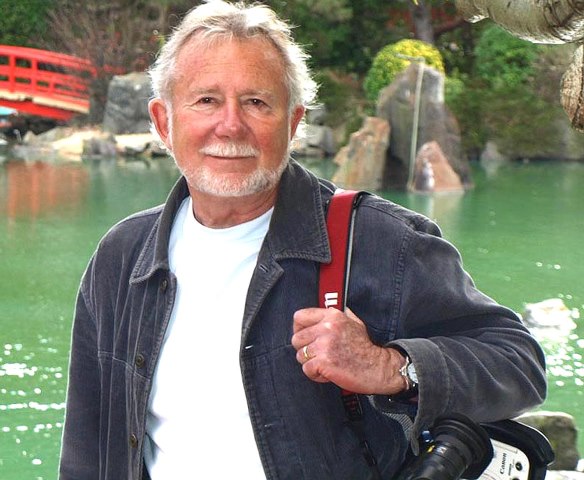 This week we say goodbye to our reporter, Derek Maitland, who is leaving the Phoenix team. Derek grew up in Essex, England and had a culture shock when he moved with his family to Australia in the 60’s at the age of 14. “My mum was hanging the washing out and got attacked by a great big goanna!” he laughed. He was always interested I writing, “I wanted to be a journalist from the age of 10.” He took a job as a journalist cadet in Sydney and by 1966 was working all over Australia. It was at this point his career took a dramatic path, “I was watching the latest news on the Vietnam War and decided I had to become a war correspondent.” Derek hopped on a ship with £25 in his pocket and three days later arrived in Hong Kong. He went from there to Thailand’s Bangkok Post. ”They said they hired me because I was the only person who turned up at a job interview wearing a suit!” A US news agency called Copley spotted the articles and got in touch, asking Derek to be a one man bureau chief in Vietnam. He accepted and spent two years there “trying to get in as much danger as I could.” Derek reflects on his time in Vietnam, “it was a savage and phony war fought on booze and drugs” he said. The apex for him came when he had to take up arms in an attack by crack North Vietnamese troops. “I fell to pieces with the gun trembling in my hands… for years after that I suffered from PTSD – believing I’d been a coward for breaking under fire.” On a later assignment in war-torn Lebanon his ears were blow out by the back blast from a rocket propelled grenade.
Now 71, Derek is settling into a more gentle way of life, “I have a lovely wife, Jan, I paint, I’m about to start writing books again.” When asked what journalism means to him he said, “journalism means protecting people, so they know the truth. I’ve enjoyed the Phoenix, after the adventure it’s been nice to get close to community people…it’s brought me down to earth.” It’s been a pleasure Derek.
By Rhi Quinn