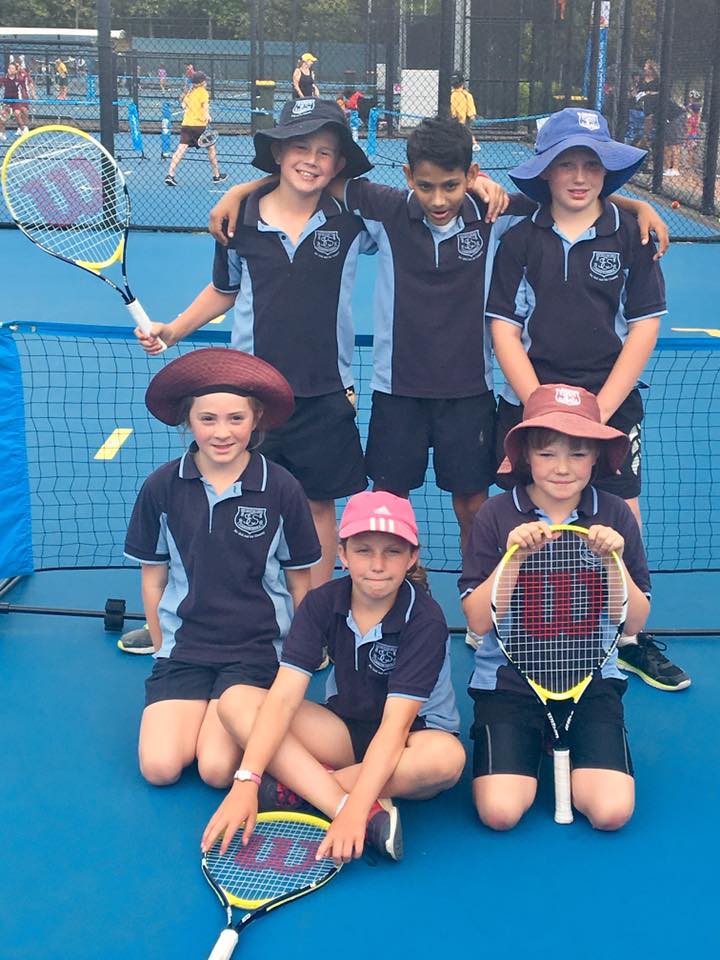 Six students from St Edwards in years 3 and 4 attended the inaugural Todd Woodbridge cup finals at Sydney Olympic Park, an initiative of Tennis Australia and Tennis NSW. The game is based on the ANZ Hotshots form of the game. A modified version, with
smaller courts, a lower net and low compression balls that moves slower through the air and doesn’t bounce as high. The team from St Edwards came 12th out of 26 teams from NSW. Rebecca O’Dea, team manager said, “The kids had a great day and showed great sportsmanship.” Helen Garratt, Canowindra’s local Hotshots tennis coach was instrumental in coordinating the regions schools to enter into the competition at a local level, and progress to the finals competition at Olympic Park.

Congratulations also go to the team from St Raphael’s Cowra who finished the finals ranked third in the State. The team of Poppy Starr, Grace Shepherd, Madeline Savage, Ky Garratt and Lucas McKenzie were strong competitors on the day.