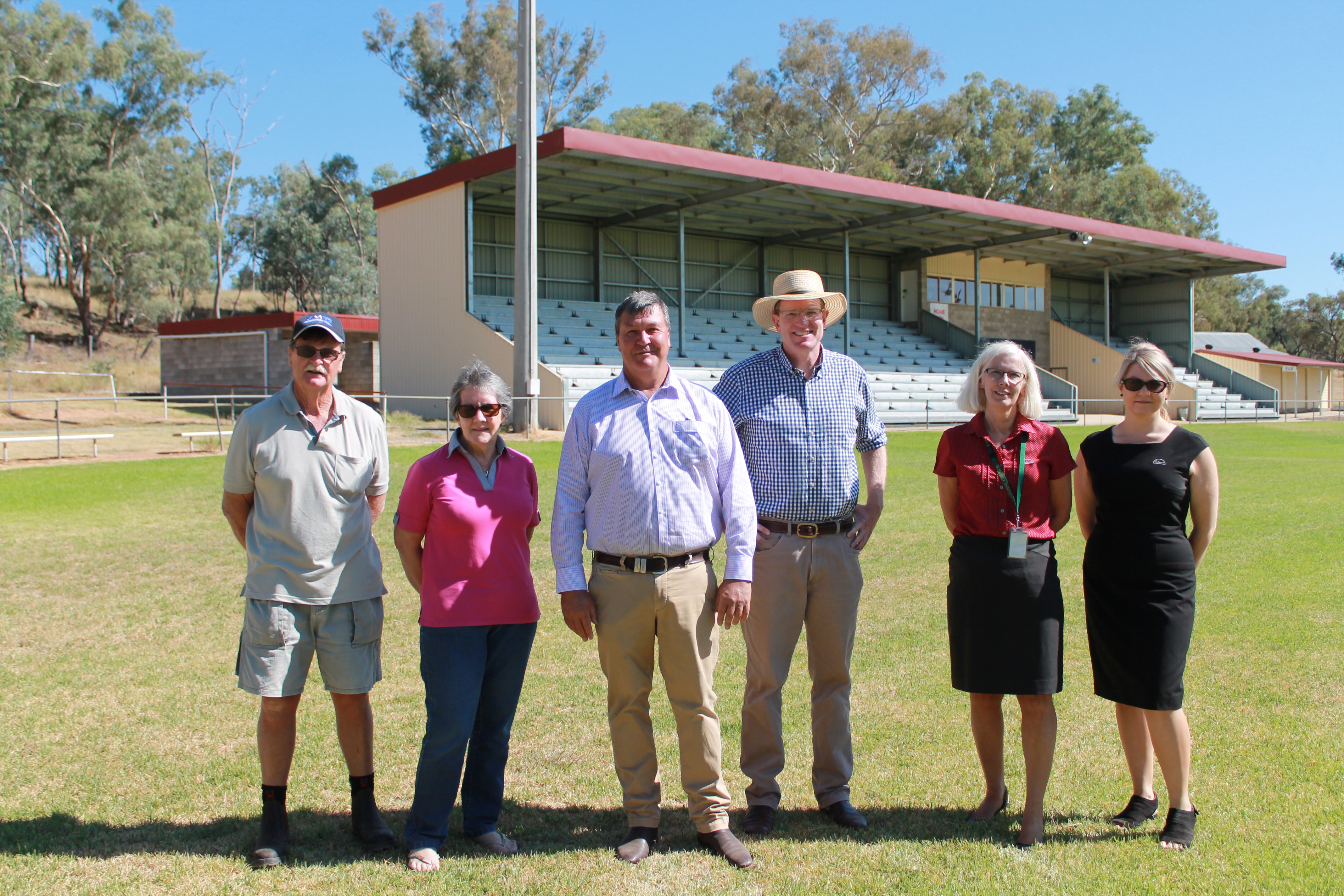 “The important thing about the Drought Communities Program is that it recognises the severe impact the drought is not only having on the farms, but also in our towns and villages. This major injection of federal funds is designed to assist our farmers, towns and surrounding regions get through what is the worst drought in living memory,” Mr Gee said.

“The only drought-breaker is rain, so we need to continue doing all we can to ensure these communities have the support they need to make it through these tough times.” Mayor of Cabonne Shire, Cr Kevin Beatty thanked the Federal Government for making the drought funding available. “This will assist our Local Government Area as a whole, stimulating business and employment, particularly for those who have suffered a downturn because of the drought,” Cr Beatty said.

The following projects will be funded under the Drought Communities Program in the Cabonne Shire:

• Upgrades across recreational facilities including parks, sporting grounds and reserves;
• Installation of a new watering system at Jack Huxley Oval in Manildra;
• Upgrades to the watering system and perimeter fence of Dean Park Recreation Ground in Cudal;
• Upgrades to the power supply at the Dr Andrew Ross Memorial Recreation Ground in Molong;
• Construction of water filling stations at Manildra, Eugowra and Canowindra;
• Improvements to the Tennis Clubhouse at the Manildra Recreation Ground;
• Outdoor improvements to Cumnock Village Preschool;
• Upgrade and installation of rabbit-proof fencing at cemeteries in Molong, Toogong, Garra, Cumnock, Canowindra and Cudal;
• Implement water sustainability measures at Cumnock Public School; and
• Enhance and improve Men’s Sheds across Cabonne.