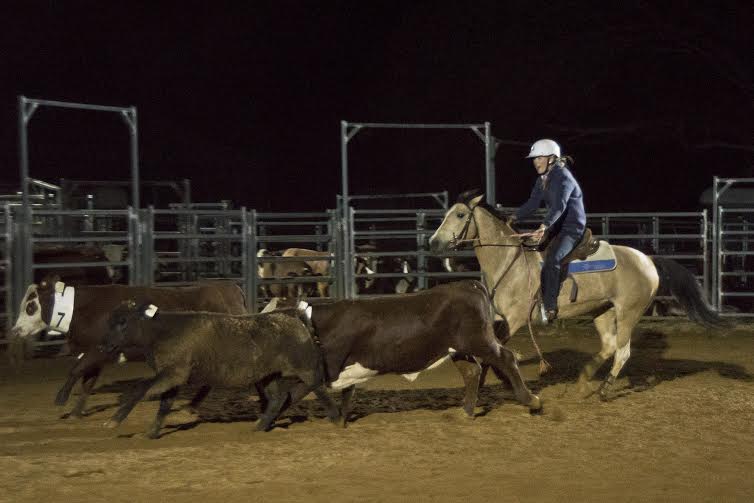 The final Central West Team Penning competition for 2015 was held at the Canowindra Showground on Friday the 20th and Saturday the 21st of November. The competition began in the late afternoon, continuing under lights until after midnight on both nights with over 170 runs each day.

This event was dedicated to arena sorting, where a team of three riders work to move 10 head of cattle, in numerical order according to the tags worn by the cattle, through a gate in the arena within two minutes, whilst leaving two ‘spare’ cattle behind.

In addition to the competition, competitors enjoyed a Christmas lunch on Saturday, where Cameron McKenzie, Tony Fitzgerald and Greg McAllister were recognised as the most improved riders over the past twelve months.

Friday’s competition saw the team of Jordan Brennan, Shae Baker and Ayla Lucas win the Youth division, with the Junior competition being taken out by Hayley Howard, Cohen Hogan and Deegan Hogan, and the Open division won by Marty Walsh, Edwina Lewis and Greg McAllister.