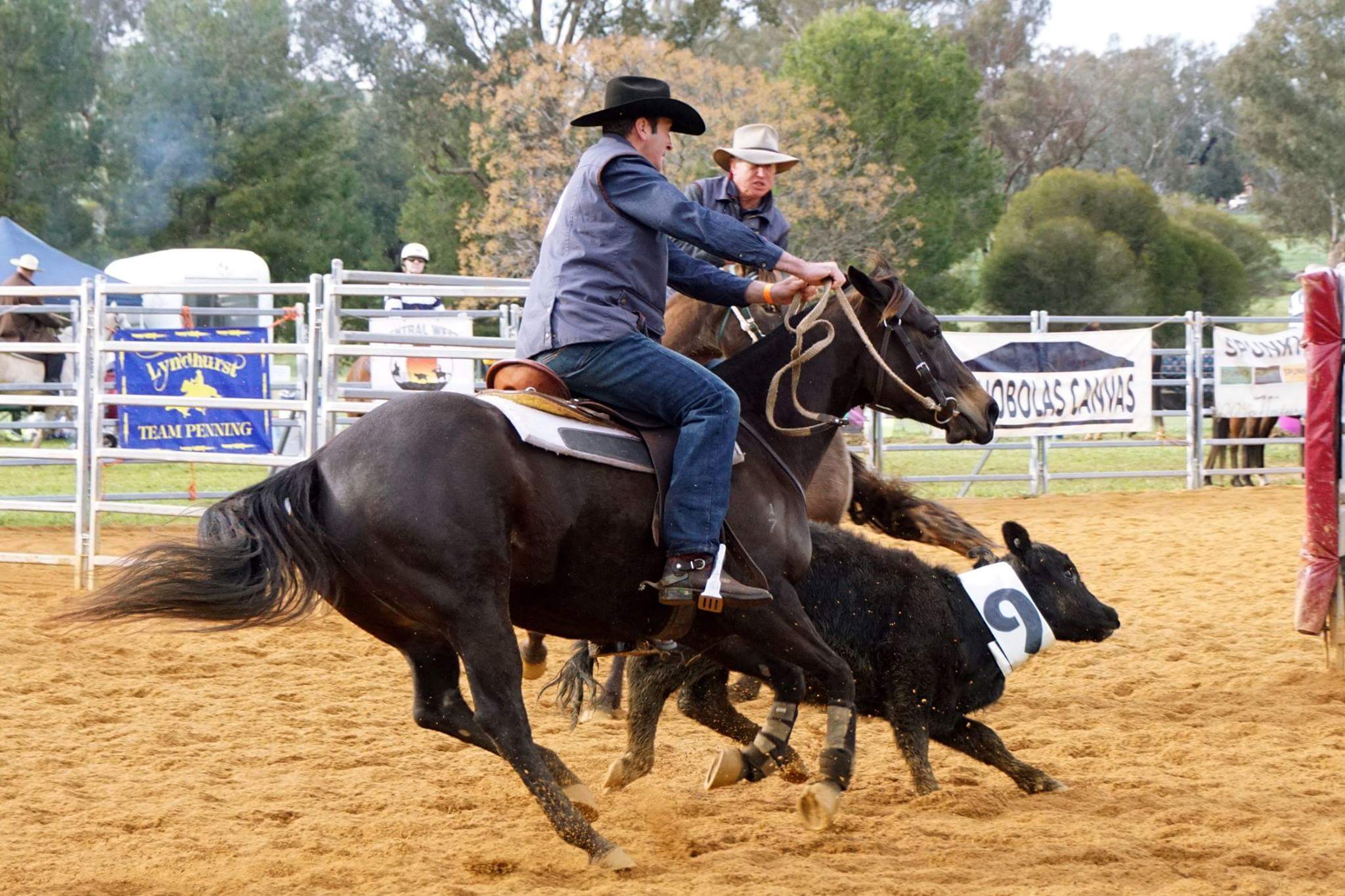 The National Team Penning and sorting competition was held over four days from 3-6 September. On Friday the weather was not kind with a bit of rain around but it did not deter the competitors. Like always the riders rode in teams trying to out-do and out-wit the cattle and over the following three days the weather made a turn for the better, turning out a good crowd to watch.

The crowd’s support for the competitors was quite strong and very much appreciated. Over the four days there were smiles, tears and many embracing moments, especially for Jade the birthday girl. One of the nicest sights of the weekend happened on Friday afternoon. It had been a long day in the saddle and little seven-year old Harley was asleep on the ground holding on to her faithful horse Felix.

Harley hadn’t been feeling well and the next day she went on a trip to the hospital. Luckily little Harley was back in the saddle on Saturday with no complaints.

The Saturday night saw a majority of the camp welcomed to the Canowindra Services Club for a feed and a little bit of dancing. An auction was held to raise money for the Give Me 5 For Kids charity, and it turned out to be very successful. The organisers would like to thank their sponsors – the Lions Club, the Snow Cone Van and the Coffee Van, as well as those who
hired out and worked the cattle and Tracie Smith for photos.

They would also like to send out a big congratulations to all the people who were involved in the event and a thank you to everyone for leaving the Showground so clean. The tallying is still being done with the results
of the competition coming soon. If you can’t get enough of the Team Penning
action, don’t forget that it will be held at the Canowindra Show on Saturday and Sunday.