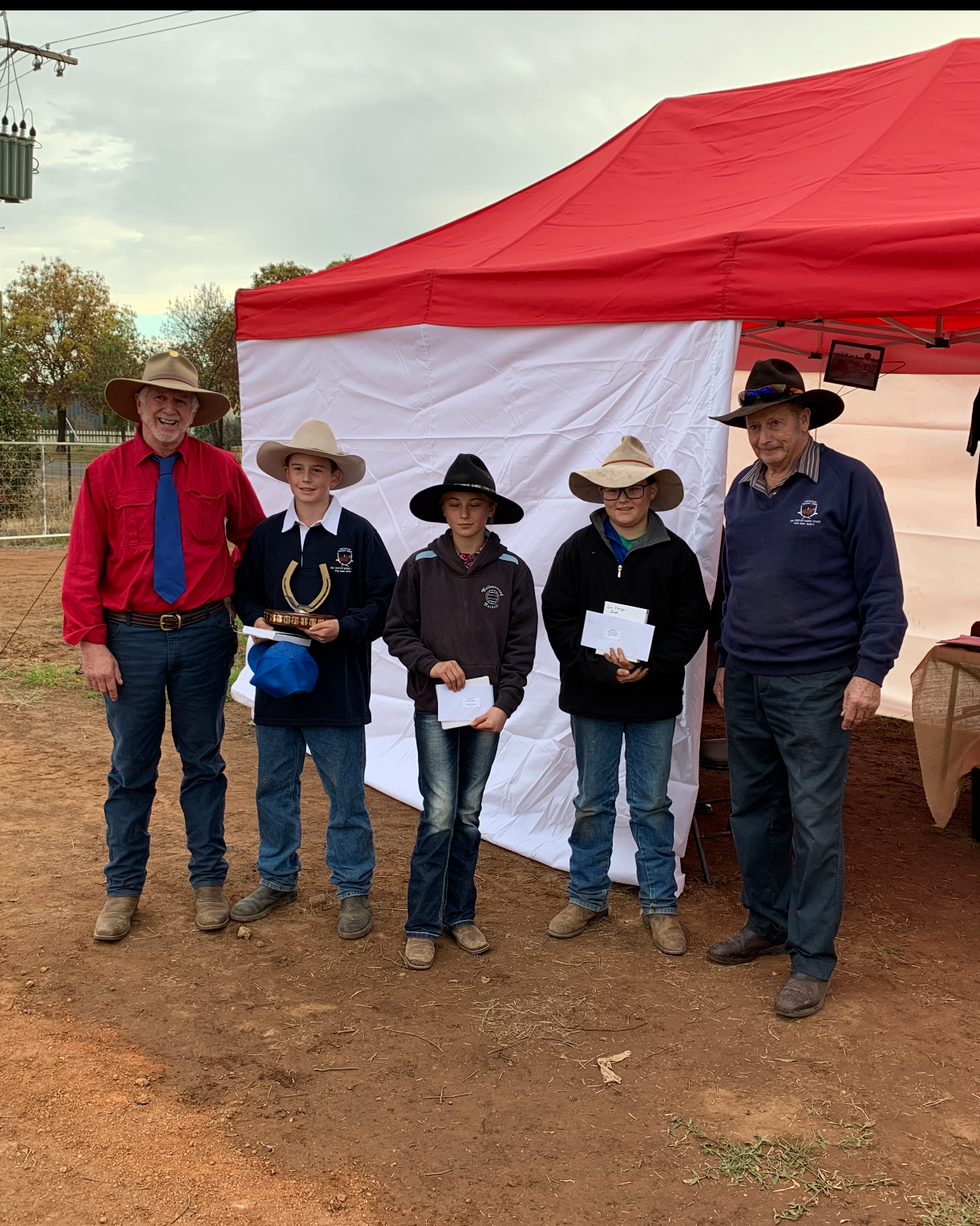 Lachlan Rice from Canowindra recently competed in the Golden Plough Competition held at Eugowra. Lachy who is only 11 years old won the Junior Plough section.

The competition consisted of controlling and steering a single furrow plough, which is pulled behind two draft horses.

The juniors were allowed a driver and Lachy’s driver was Jason Gavinlock from Cowra, who took out the Open Plough title for 2019.

The judges said that Lachy did an exceptional job for the short time he has been ploughing.

Each contestant has to plough a 8 run plot (minimum) and is judged on straightness, depth, sharpness of the cut, total width and how the soil is turned over.

Lachlan was excited with the win and said “It was great fun and to compete in front of my great grandfather Reg Watt. He was a horse legend. One of his first jobs at the age of 14 was ploughing behind a 10 horse team”.

Lachlan plans to plough again next year without a driver and with his dads two Clydesdales.