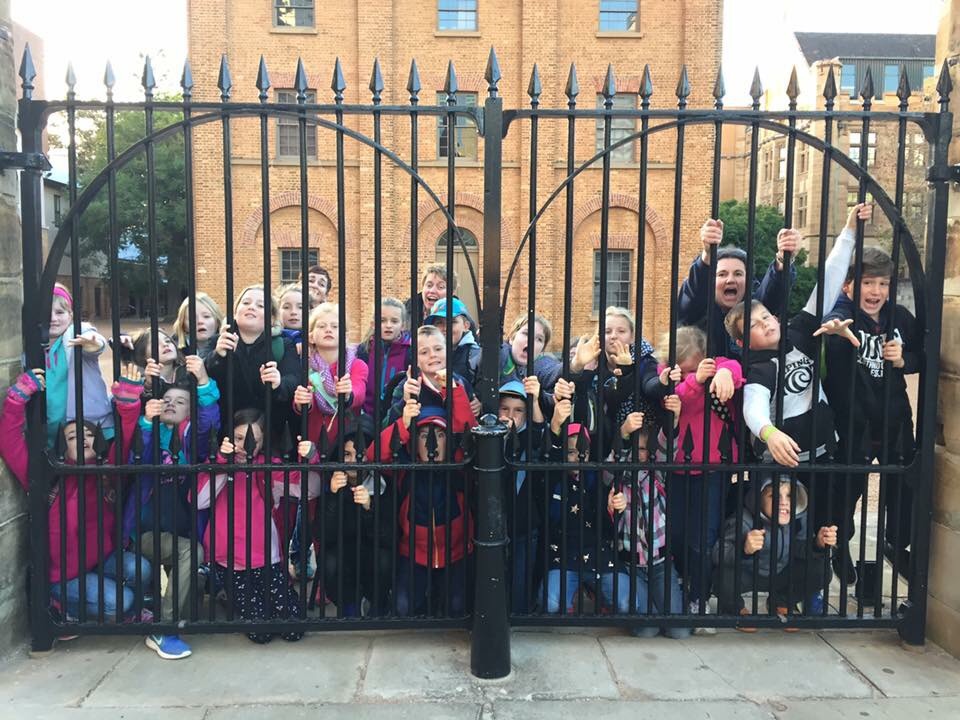 The St Edwards School class of Year 3 / 4 set off for Sydney, which was one of the first big excursions for the school. The first stop was the Echo Point lookout at the Three Sisters, before heading off to the Maritime Museum.

“My favourite thing was going on the Endeavor and going under the deck,” said Lachlan Rice.

The group then set off around the city walking to their next stop, Centrepoint Tower.

“We could see as far as 80km from Centrepoint Tower, which was pretty cool,” said Will Ward.

The students then went into the barracks where they spent the night sleeping in hammocks, eating convict food and being apart of a re-enactment.

“We didn’t know how they would go in the hammocks but it went quite well. Being there also gave the students an appreciation for life and an insight into how hard life was for convicts,” said teacher Roxanne Breen.

The next day the students visited St Mary’s Cathedral, The Botanical Gardens and Sydney Opera House before catching a ferry to Goat Island.

“We got to do a re-enactment where I was sentenced to life for steeling a hand- kerchief,” laughed Elsie Watson.

The excursion was very informative and the students were able to get a greater understanding of a convicts life.

“It went really well, it’d be great to do it every year or two. One child even asked if they could repeat so they could go on it again,” Roxanne laughed.