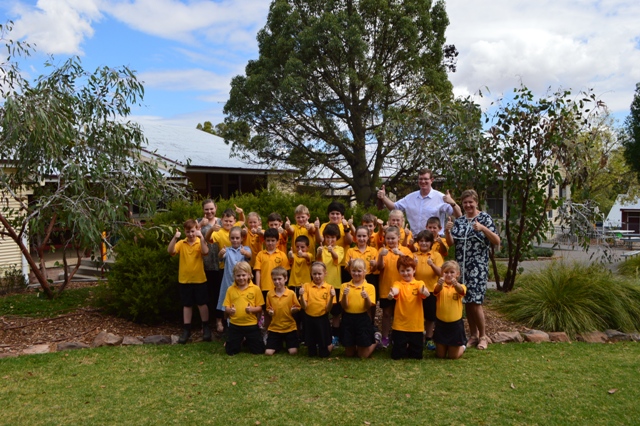 The NSW Government today announced the NSW State Fossil emblem, the 370-millionyear-old fish fossil with the scientific name Mandageria Fairfaxi, has been nicknamed Fred following a state-wide competition. Deputy Premier and Minister for the Arts Troy Grant said the name honours Fred Fewings, a council worker who recovered the scientifically important fossil slabs in Canowindra in 1993.

“Mr. Fewings still lives in the region and nicknaming our official state fossils emblem after him recognises his contribution to our unique geological history,” Mr. Grant said. “I would like to acknowledge and congratulate the two entrants who submitted the name Fred – Maggie Teasdale, a Year 5 student of Maitland Public School and teacher Kristy White’s Year 3 class from Canowindra Public School.’

Kristy White’s class will receive a 3Dprinted model of Fred, a commemorative
poster and a book on fossils. Fred was a large, air-breathing lobe finned fish that grew up to 1.7 metres in length. Member for Orange, Andrew Gee, said the Canowindra community has been vocal in its support of the name and the significance of the fossil to the region. “I’m very proud local students have placed a role in nicknaming he NSW State Fossil and I congratulate Canowindra Public School’s Year 3 Class. When I met with Miss White and the students, they couldn’t contain their excitement about their success,” Mr.
Gee said. “Canowindra has a reputation as one of the best destinations for paleontology enthusiasts in the world.