Home » St Eddie’s Go Back To Back 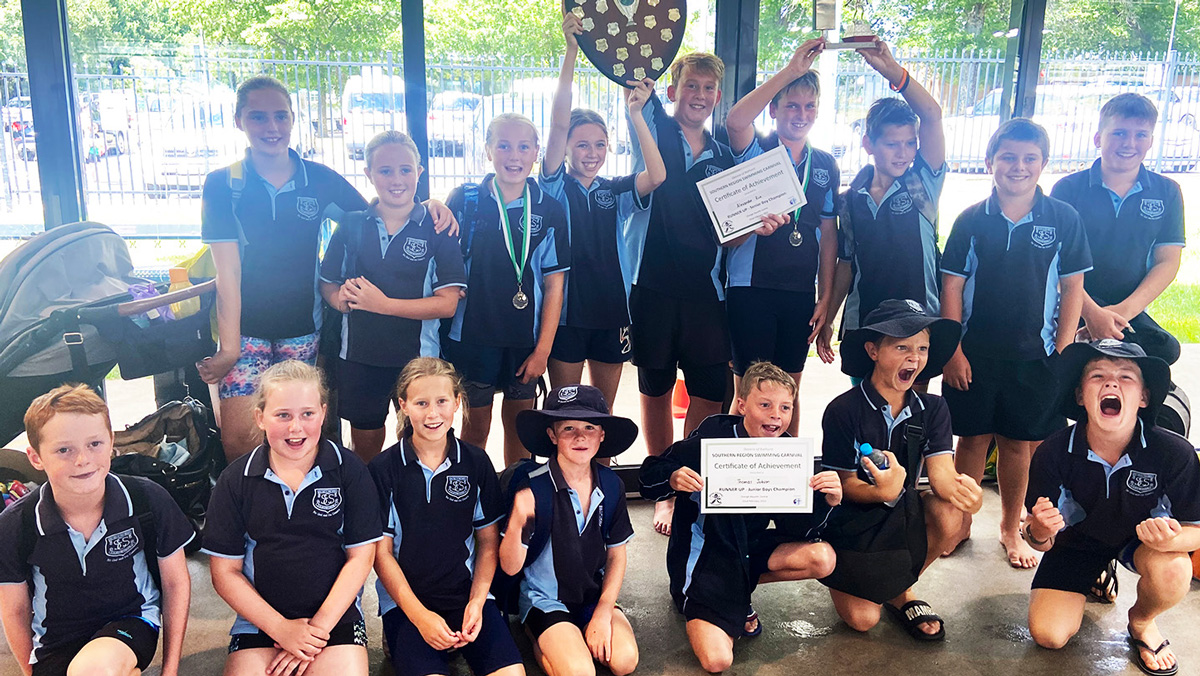 The swimmers of St Edward’s Catholic School have swept the Southern Regional Catholic School Swimming Carnival for the second year in a row, earning highest point scorer and winning the aggregate trophy last Tuesday in Orange.

The carnival sees nine Catholic schools in the district face off annually and while St Edward’s have historically done well, winning the aggregate trophy for the past three years, it seemed a huge task to once again take out the overall point score win after claiming it in 2021.

For a school of only 60 students this is once again a massive achievement!

“St Raphael’s Cowra has 200 students and Catherine McAuley and St Mary’s in Orange both have 400 students, so we never expected to beat those schools with only 60 students,” said principal Ken McNamara.

Ken credits the student’s hard work training, the Canowindra Swimming Club, the parents who support the training and the school’s “growth mindset” which encourages students to work hard in all things, for St Edward’s outstanding performance.

This year the St Eddies Swim team will be competing in two of the four relays with the Junior Boys Relay (Tom, Sonni, Jasper and Harry) and the Senior Boys Relay with (Harper, Campbell, Alex and Fergus).

Best of luck to all the swimmers!