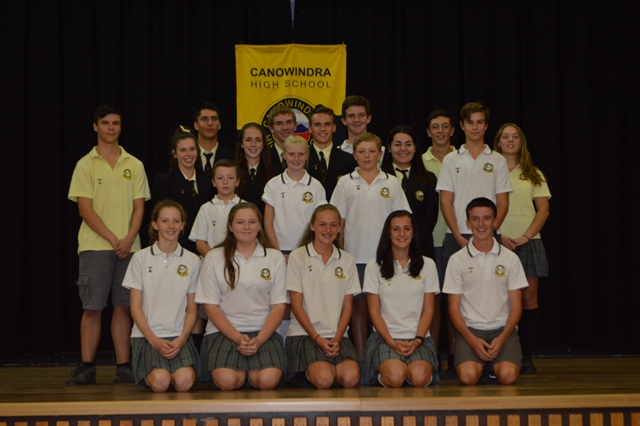 Last Thursday students and teachers gathered in the Hall of Canowindra High School to welcome the new Student Representative Council (SRC) and to congratulate the previous one. School Captains Kelly Price and Matt Harrison spoke of what the occasion would involve saying the SRC of 2015 would be “acknowledged for the contributions to our school and year group with certificates” with Maddison Spencer going on to recognise the Wiradjuri people.

The previous SRC were handed their appreciation certificates as Principal Neryle Smurthwaite said; “It’s timely to look at our SRC for 2015 as it’s through their leadership, determination and drive that a lot of things happen around our school that often go under the radar.” Mrs Curtis went on to say, “The SRC have volunteered at many events such as ANZAC day and given their time after school, thank you for your help and all your effort.” Vice Captains Meg Austin and Lachlan Balcombe spoke of student leadership, “the SRC liaise with staff to organise fundraisers, model appropriate student behaviour and leaders are empowered by working together to achieve a common goal.”