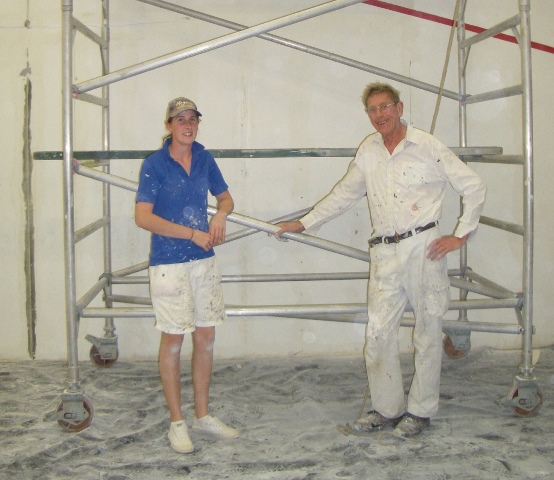 The Courts are getting a major make-over after years of crumbling plaster on the walls, uneven surfaces and unpredictable ball bouncing. The Club has dug deep into its funds and contracted John Walsh and Tanielle Michael of Cowra to strip back the walls, fill, repair, paint and re-line the courts as well as redecorating the spectator area.
So the painters can do their job competition will resume later in November. To help raise funds for the project the club will be running a raffle leading up to Christmas. There will also be an AGM on the 25th November at 6pm and a Christmas party on 20th December.
Though these courts are well hidden under the grandstand at the Showgrounds they were built to a high standard, with parquetry floors and glass back walls. It is a privilege to have sporting facilities of this quality in Canowindra so it’s important we take care of them.